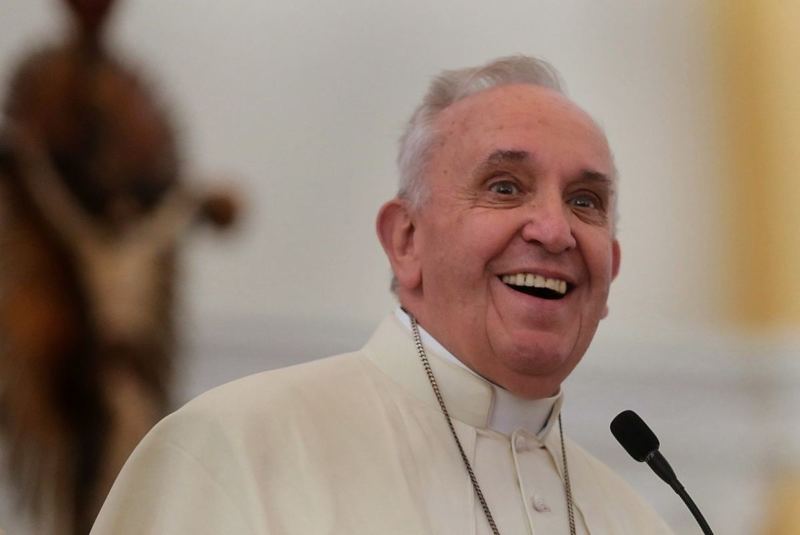 The Pope must be extremely confused about President Trump and what he believes.

Pope Francis had the audacity to compare President Trump to a murderous king from 2000 years ago that tried to murder Jesus when he was a child.

Speaking with his brother Jesuits during his recent visit to Thailand, the Argentinian pope minced no words in his thinly veiled condemnation of the U.S. president and his administration, suggesting that like a modern-day Herod, Mr. Trump separates families at the border while allowing drugs to freely flow into the country.

"In other parts there are walls that even separate children from parents. Herod comes to mind. Yet for drugs, there's no wall to keep them out.

The phenomenon of migration is compounded by war, hunger and a 'defensive mindset,' which makes us in a state of fear believe that you can defend yourself only by strengthening borders. At the same time, there is exploitation."

Now, this is extremely ironic because the man lives in Vatican City, which is surrounded by walls. That just sounds a bit hypocritical to me.

Pope Francis continued, "I must admit that I am shocked by some of the narratives I hear in Europe about borders. Populism is gaining strength.

The phenomenon of refugees has always existed, but today it is better known because of social differences, hunger, political tensions and especially war. For these reasons, migratory movements are intensifying.

The Christian tradition has a rich evangelical experience in dealing with the problem of refugees. We also remember the importance of welcoming the foreigner as the Old Testament teaches us."