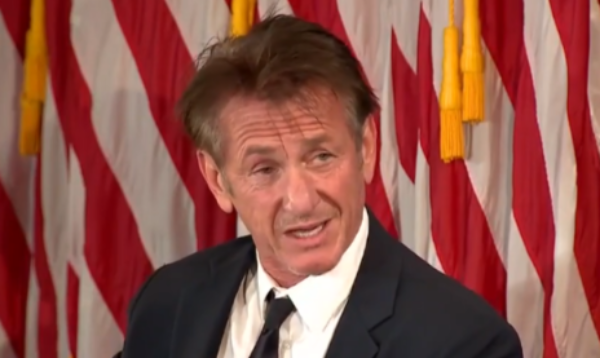 Attention-grabbing liberal actor Sean Penn sat down in a Q&A with Bret Baier. The Two were joined by [Former National Security Adviser] Robert O'Brien who allegedly tried to talk the actor out of filming a documentary during an active war in Ukraine. Penn told the crowd, that O'Brien told him to 'get the F— out of' Ukraine but admitted later that it was an over-dramatization of what was actually said.

Penn continued, "I was speaking to Robert [O'Brien] the whole time here. He knows the region much better than I do, and I made it. We … calculated that it would be fine, whatever happened. I don't think anybody wanted to give up a level of denial that [the war] would happen because they would be giving up hope that [the invasion] wouldn't happen."

Theactor then described meeting Ukrainian President Volodymyr Zelenskyy and how he witnessed in a short period of time how the "world had changed."

"We met with [Zelenskyy], a man in a suit, and the next morning the Russians invaded. We went back. We were with President Zelensky and waited for him at a meeting point. And the next time I saw him, he was in camos and the world had changed," he said.

In addition to his film work, Penn has engaged in political and social activism, including his criticism of the George W. Bush administration, his contact with the Presidents of Cuba and Venezuela, and his filmed aid during Hurricane Katrina in 2005 and 2010 Haiti earthquake.
Penn's latest political target was President Donald Trump as he took on a pandemic. Judging by that trailer, though, his disputes over the pandemic did not follow him into the war-torn country making his criticism of Trump seem like just another political stunt.
Previous Post
Next Post