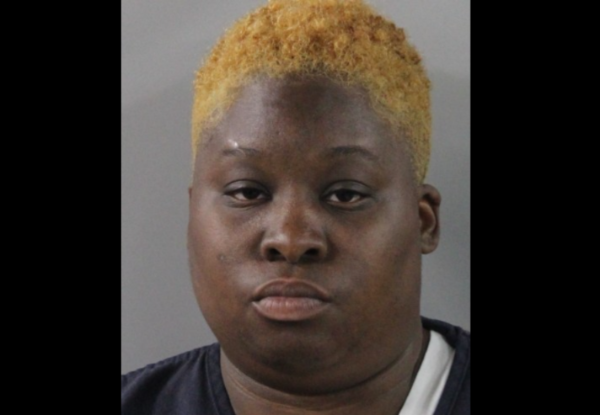 A Florida TSA agent now faces charges after police say she forged a false police report in order to have an excuse for being late to work. They gave the woman, Taleta Collier, the "Criminal of The Day" post of shame on their Facebook account, writing:
"She [Collier] concocted a story of facing off against an alleged armed burglary suspect attempting to break into her parents’ vehicle as the reason she was late for work. Neither her parents nor the PCSO deputy she listed on the fake report knew anything about this so-called burglar."
“You can’t make this stuff up. I don’t understand why anyone would go to the extent of creating a fake police report to avoid a reprimand at work for tardiness. Collier has violated the trust of her coworkers and the people she was supposed to keep safe.” – Grady Judd, Sheriff
The Polk County Sheriff's office gave more details about the case in a press release published on Tuesday:

"On April 18, 2022, PCSO detectives arrested 34-year-old Taleta Collier of Winter HavenTaleta Collier for Criminal Use of a Personal ID (F3) and Uttering a False Document (F3) after she created a fake police report to avoid repercussions for excessive tardiness at work.

On April 4, 2022, detectives were contacted by the Assistant Federal Security Director of Law Enforcement with the Federal Air Marshal Service after Collier, a Transportation Security Administration (TSA) Officer submitted what appeared to be a fake PCSO burglary report.

During the investigation, PCSO detectives learned that Collier was on a TSA employee improvement plan for excessive tardiness when on March 20, 2022, she called the TSA telecommunications office and said she was going to be late for her scheduled shift. Once she arrived at work, Collier told her supervisor she was late because while she was at her parents’ home, a man armed with a knife attempted to burglarize her parents’ vehicle. Collier told her supervisor she drew her agency issued weapon and pointed it at the alleged suspect causing him to flee.

Collier informed her supervisor the incident was reported to PCSO. When asked for a case number or business card of the investigating detective, Collier said she was not provided with either. Collier was instructed to obtain and provide a copy of the report to her supervision.

On April 3rd, Collier texted her supervisor a screen shot of a document that looked similar to a police report. Collier was then instructed to provide an actual copy of the report and not a picture of it, which she never provided. Collier’s supervisor told detectives that the image provided by Collier was cut off halfway through the second page and no incident description was visible.

When Polk County Sheriff’s Office detectives reviewed the image, they determined it was an obvious fake PCSO report. The form used to create the document was not an official PCSO form. Furthermore, Collier used the name of a current PCSO deputy and his assigned member number on the document. The deputy was on vacation and out of the country at the date and time listed on the fake report and told deputies he did not respond or create a report on the incident alleged by Collier.

Collier’s parents told detectives that they had no knowledge of a burglary report and that their vehicle had not been burglarized.

Collier was arrested and transported to the Polk County Jail. When detectives asked Collier about the armed burglary in an effort to investigate the alleged crime, Collier asked if her employer had contacted PCSO and that she didn’t want to discuss it."