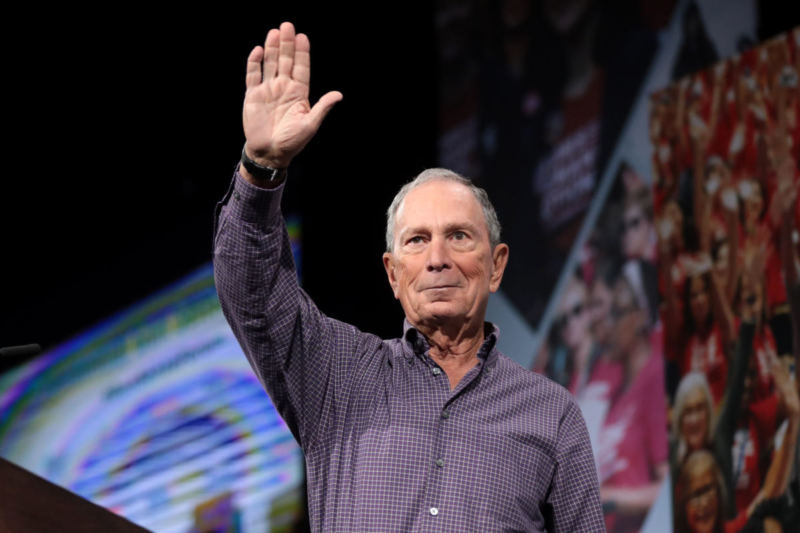 "Saint" Michael Bloomberg's Claim About Heaven Will Leave You In Shock

Former New York City Mayor, Michael Bloomberg is obviously back in the news again after his recent declaration that he is joining the rest of the crowded Democratic field and running for president in the upcoming election.

It's already looking bad for the billionaire for a number of reasons, one of them being that he's a billionaire and liberals hate billionaires...well, in theory anyway. But the thing is that liberals will make the same statement about Bloomberg that we've made about Trump and even Democrats have said the same thing, "He can't be bought."

Another reason is that he is a tyrant who wants to limit your freedoms. The guy doesn't even want to let you drink soda or use plastic straws.

Just when you think he couldn’t be any more of an elitist or any more arrogant, he goes on to say something completely absurd.

But recently Bloomberg has found himself in an uncomfortable situation after something he said back in 2014 resurfaced.

Bloomberg said, “I am telling you if there is a God, when I get to heaven I’m not stopping to be interviewed. I am heading straight in. I have earned my place in heaven. It’s not even close.”

First of all, he doesn't even believe in God. Notice he said, "if there is a God..." This demonstrates that he has nothing to base his claim off of because he doesn't even know what God requires. There isn't some large cosmic scale in the sky where you put all your good deeds on one side and all your bad on the other.

I hate to break it to Judge Judy, but Bloomberg isn't going to be the savior of the United States that she thinks he is. Liberals are the only ones dividing this country right now by refusing to accept anything besides 100% compliance with their wants.