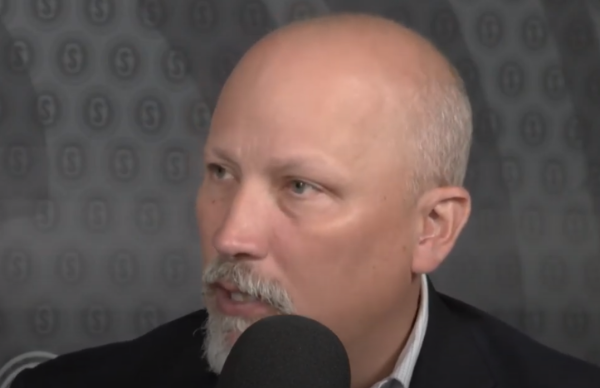 Progressives have been doing their best to ruin our country. Critical Race theory is their latest push and it will ruin this country for good if we don't stop schools from teaching it. But it looks like a Texas Legislator has the right idea. Rep Chip Roy of Texas has proposed a bill that should put a stop to critical race theory, at least in Texas. He wants to defund schools that teach this divisive theory.

Daily Signal's Rachel Del Guidice interviewed the Texas Rep. about the bill he has brought forward.

Del Guidice: It makes it so much better. It’s great to be in your state. So, you have a bill to defund schools [that] teach critical race theory. Can you tell us about your bill?

Roy: Yeah. Look, what America is having their eyes opened to, and I think that’s one upside, if there is an upside to what we’ve experienced over the last year with the COVID shutdowns—and there aren’t that many upsides, right?—it was, I think, a terrible undermining of small businesses and our kids being in schools with masks or not being in school.

But what now the American people are seeing is they’ve had the veil lifted on our corrupt public education system. They’re now actually starting to see the garbage that’s being taught and shoved down the throat of our children.

There are so many stories, if you go look. And people ignore [this]. They say, “Oh, this isn’t real.” No, it’s real. Go look at the curriculum, go look at what’s being taught.

Roy: "Yeah. So, this goes all the way from the issues with training teachers to teach this, and then this stuff gets implemented.

It’s not like they roll out the CRT manual. It’s not like they just go, “Oh, here, we’re teaching critical race theory today.” What they do is … they train teachers and each one of these little things in nuggets gets buried throughout the curriculum.

So when you’re teaching history, when you’re teaching different events, and then you just start dropping this stuff in there about teaching children how to deal with their whiteness. Or they read books, actual books that are titled “How to Manage Your Whiteness and Talk About How America Is Evil.”

They use that, they use what we naturally as human beings, as Americans, as Christians, as believers, whatever that we believe, “Hey, the wrong of slavery, the wrong of Jim Crow policies in the South that we want to fix, move forward, make sure that all Americans are treated equally,” they use that to then infiltrate, essentially, the education system to promote Marxist theories and undermine our country. And it’s purposeful."

I hope this takes off and lawmakers across the nation pass similar legislation. Critical Race Theory is an attack on white people and tells black people they are perpetual victims. It sets the nation back decades. We need to put a stop to it any way we can and Rep. Roy has a great solution.