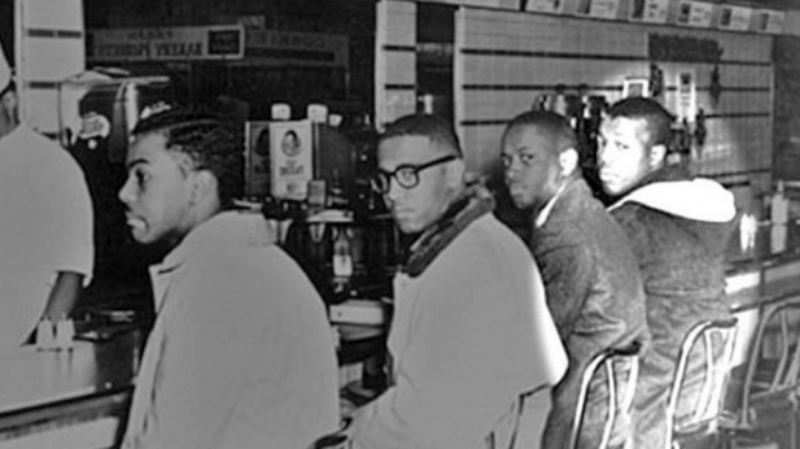 Powerful Message From Historic Civil Rights Figure Henderson: ‘If You Do Vote For Biden, You Don’t Know History’ [Video]

Maybe one of the most powerful speeches in the last three days at the Republican National Convention [DNC] was delivered by the historic civil rights activist Clarence Henderson. Henderson's message to the young folks swept up in the left's narrative, a vote for Joe Biden is a vote against history. Mr. Henderson added, "if you do vote for Biden, you don’t know history."

Mr. Henderson began, "There have been movements that have changed the course of history. Among the most extraordinary was the civil rights movement. Sixty years ago, segregation was legal and enforced. The simple act of sitting at a lunch counter could lead to physical harm, jail time, or worse. I know from personal experience walking into Woolworth's department store on February 2, 1960, I knew it was unlike any day I had experienced before."

Unlike some of the modern-day activists, Mr. Henderson came face to face with real racism during the Greensboro sit-ins. He and several black students refused to leave the lunch counter of Woolworth and were treated despicably by Democrats.

"My friends had been denied service the day before because of the color of their skin. We knew it wasn’t right," Mr. Henderson added. "But when we went back the next day, I didn’t know whether I was going to come out in a vertical or prone position, in handcuffs, or on a stretcher, or even in a body bag. By sitting down to order a cup of coffee, we challenged injustice. We knew it was necessary, but we didn’t know what would happen," he continued.

Photo from that sit-in below:

Mr. Henderson recalled, "we faced down the KKK. We were cursed at and called all kinds of names. They threatened to kill us and some of us were arrested, but it was worth it. Our actions inspired similar protests throughout the South against racial injustice. In the end, segregation was abolished, and our country moved a step closer to true equality for all. That’s what actual peaceful protests can accomplish."

Henderson shed some much-needed light from a real activist on the violence seen today by rioters.

He admitted, "America isn’t perfect. We are always improving, but the great thing about this country is that it’s not where you come from, it’s where you’re going." Addining, " I was born on what some would call the wrong side of the tracks. I don’t even have a birth certificate. I never attended an integrated school, and am the only one out of my immediate family who graduated from college, an HBCU. I’m a military veteran and a civil rights activist, and you know what else? I’m a Republican and I support Donald Trump."

Mr. Henderspon noted that, "Donald Trump is not a politician. He’s a leader. Politicians are dime a dozen; leaders are priceless. The record funding Trump gave HBCUs use is priceless, too. So are the record number of jobs he created for the black community and the investment he drove into our neighborhoods with tax incentives and opportunity zones. So are the lives he restored by passing criminal justice reform, where 91% of the inmates released are black."

Henderson Concluded his brilliantly powerful speech, "These achievements demonstrate that Donald Trump truly cares about black lives. His policies show his heart. He has done more for black Americans in four years than Joe Biden has done in 50. Donald Trump is offering real and lasting change, and unprecedented opportunity to rise. A country that embraces the spirit of the civil rights movement of the 60s, a place where people are judged by the content of their character, their talents and abilities, not by the color of their skin. This is the America I was fighting for 60 years ago. This is the America Donald Trump is fighting for today. Let’s all join in this fight for reelecting President Trump on November 3. Thank you."