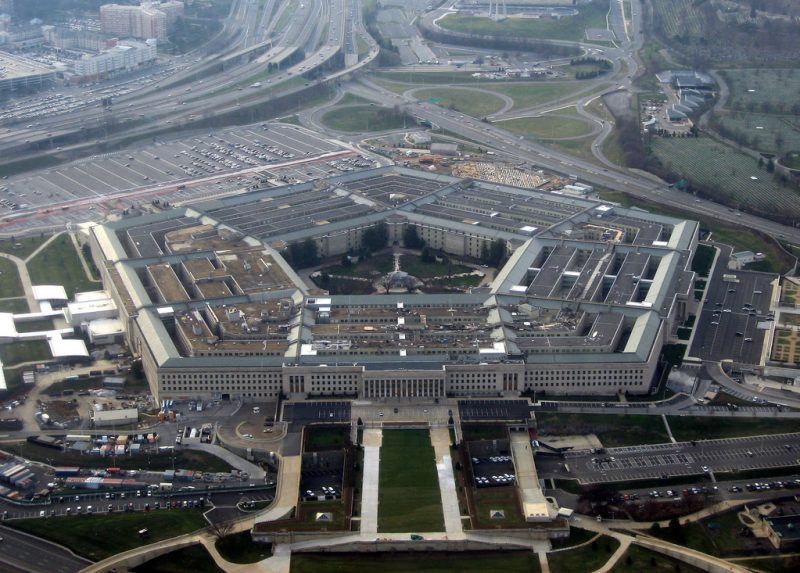 Pentagon Finds Another $12 Billion To Go Towards Border Wall

Good news for everyone in the country!

The Pentagon found $12.8 Billion that can be reallocated to go toward the construction of the border wall at the U.S./Mexico border.

Just think about it. This is money that otherwise would have been wasted. Now with President Trump in charge, it's going to be put to good use.

The Defense Department has identified $12.8 billion in possible funding that it could use to fulfill President Trump’s call for a border wall.

Trump last month declared a national emergency at the border, and said he wants to use $3.6 billion for border wall projects. The Pentagon’s list said it has found possible funding sources that are “in excess of the amount needed.”

But it’s not clear which projects the Defense Department will draw from. Some states that have been allocated big chunks of money that haven’t been spent could see a hit.

.@realDonaldTrump acted within his legal authority to declare a national emergency at our southern border.

Thank you POTUS for fighting to protect our country!https://t.co/NNltQmhf7c

Senator Jack Reed released a fact sheet detailing and identifying the source of the funds on his website from the Department of Defense.

But the Pentagon released a statement:

To identify the potential pool of sources of military construction funds, DoD will apply the following criteria:

• No military housing, barracks, or dormitory projects will be impacted.

• The pool of potential military construction projects from which funding could be reallocated to support the construction of border barrier are solely projects with award dates after September 30, 2019.

For comprehensiveness, attached is a complete pool of all projects that were unawarded as of December 31, 2018. Once the above criteria is applied, the pool has a total value that is in excess of the amount needed to source potential section 2808 projects. The appearance of any project within the pool does not mean that the project will, in fact, be used to source section 2808 projects.

We should all be so thankful that we have a President who truly cares about protecting us from gang members, drug trafficking, sex trafficking, and a ton of other crimes without infringing on our rights.

Photo Credit: "The Pentagon" by David B. Gleason is licensed under CC BY-SA 2.0