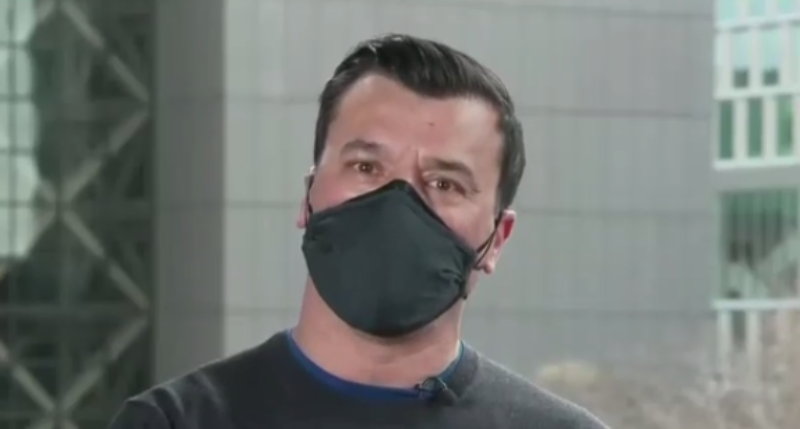 This is almost kind of sad, really... After a video goes viral showing BlackLivesMatter rioters chunking bottles at CNN reports as the should the news organization away, the network fights to defend their assault. CNN is so terrified to criticize the movement that they'd rather be assaulted and cover for the attackers than call them out.

The anchors see too brainwashed to even realize that that's what they're doing. Just take a look at what one of the anchors from the scene had to say:

"There wasn't a cover-up. There was a lot of things happening at the Brooklyn Center police station. There was the main body of protesters that were holding a rally and sort of focused on the eyes on the prize and focused on what they wanted to do. There were a few protesters at the gates to the police station yelling at the police, and then we -- there was also then the phalanx of law enforcement behind the gates. And we wanted to show all of that in our live shots and tell people what was going on there," Miguel Marquez professed.

He added, "We even moved because some protesters didn't want to be on camera so we moved to accommodate them. And then another smaller group of protesters came around and started sort of shouting us down. They had a loudspeaker, they were trying to shout us down. They wanted us to move to a place where we couldn't see the protesters that were taunting the police."

Marquez said the crew back away slowly as to not get attacked any worse:

"And that’s when this water bottle gets thrown at one of our guys. He stumbled back, fell over -- tripped over a curb but it heightened everything at that point. We started trying to figure out how to make an exit because it was just getting too intense there. But we didn't want to look like we were running. That’s when somebody hit me with a water bottle. And then we sort of started moving toward our cars. They continued to sort of pelt us with whatever they could find. We got in the car and we took off."

"I cannot blame them for being angry. But, you know, a lot of people are very angry, suspicious of the press, the corporate media, all of those things come into it at these places. And it was just one of those situations that –  it was intense, there were people who were angry at everything and everybody and we happened to be in the wrong place at the wrong time"

As I said, it's sad and maybe even a little scary the lengths CNN will go to in defending this organization. They can literally do no wrong. Even when rioters burn down small businesses in the middle of a pandemic or assault their own reports...