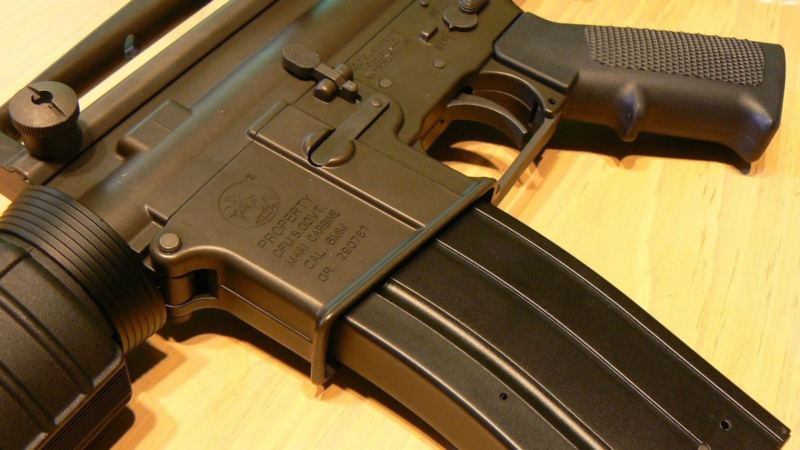 Here is another clear cut example of how leftist gun control measures will not stop anyone from obtaining a gun illegally.

A man responsible for killing seven people in Odessa, Texas over this past weekend was reportedly prevented from legally obtaining a gun because he was deemed mentally unfit according to law enforcement.

"The gunman had tried to buy a gun in January 2014 but failed because a nationwide criminal background check system flagged the mental health determination by a local court and prevented the purchase, according to the officials. Federal law bars individuals who have been found to be mentally unfit from purchasing or owning guns. Records of the gunman’s mental health ruling would have been submitted to an FBI database (the National Instant Criminal Background Check System) used to check the backgrounds of prospective gun buyers."

Doesn't this sound like the red flag laws? If you're judged mentally unfit by the law, then you can't have a firearm?

Well, it doesn't look like this criminal got the message. Usually, criminals are law-abiding citizens right and follow the law. I wonder what happened in this instance? (INSERT SARCASM HERE)

It remains unclear which illegal route the shooter went to obtain the firearm he used to shoot over two dozen people, including a 17-month-old baby.

According to the Journal, the shooter was struggling with mental health issues. Mere hours before his rampage, the man called into 911 and the FBI tip line to rant about being fired from his job and the "atrocities" he had suffered; authorities claim no threats were made.

As noted by the outlet, those who've been committed to a mental institution or deemed "adjudicated as a mental defective" are federally prohibited from owning a firearm. "It also makes it illegal to sell a weapon to such a person who the seller knows has been prohibited," the Journal reports. "The Bureau of Alcohol, Tobacco, Firearms and Explosives (ATF) has been working on tracing the history of the rifle that [the shooter] used in the attack and how he obtained it."