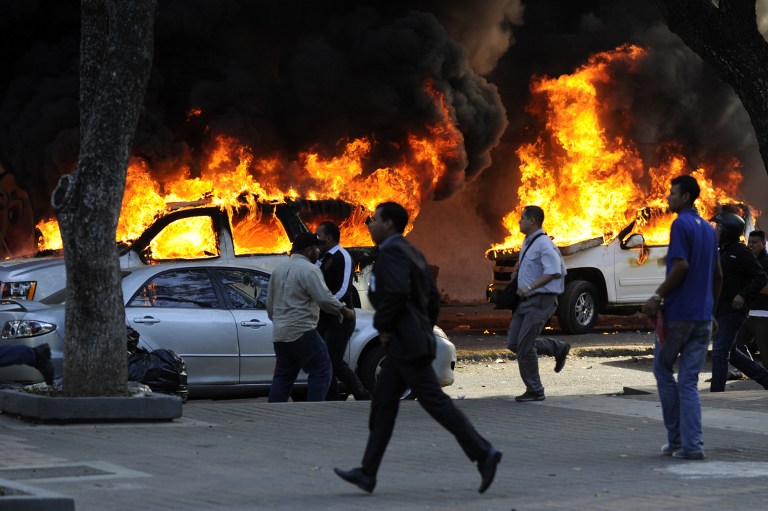 During the President's State of the Union address Tuesday night, he made a very clear statement on the future of our nation.

He mentioned that there are some who are calling to abandon Capitalism and embrace Socialism.

President Trump said, "Here, in the United States, we are alarmed by new calls to adopt socialism in our country.

America was founded on liberty and independence, and not government coercion, domination, and control. We are born free, and we will stay free. Tonight, we renew our resolve that America will never be a socialist country."

And it's true. There have been many people who seem to look highly on socialism, mostly among younger people who are uneducated in economics and history. There has never been a successful socialist country. NEVER.

All those who have favored socialism over the years used to tout how well off Venezuela was doing and they're a socialist country.

Look where they are now.

You read that correctly. One Million Percent!

Well, one of the new faces of socialism, Alexandria Ocasio-Cortez, slammed the President for his statements on socialism.

"I think he's scared. I thought it was fabulous. It shows that we got under his skin. I think that he needs to do it because he feels like — he feels himself losing on the issues. Every single policy proposal that we have adopted and presented to the American public has been overwhelmingly popular, even some with a majority of Republican voters supporting what we're talking about. In order for him to try to dissuade or throw people off the scent of the trail, he has to really make and confuse the public, and I think that that's exactly what he's trying to do."

Is the President scared? No, I don't think so, because he doesn't feel we're going to become socialist.

Should socialism scare us? Definitely, it always leads to poverty and war.

If socialism EVER does occur in our country, which I don't believe that it will, then it would be the end of America as we know it.