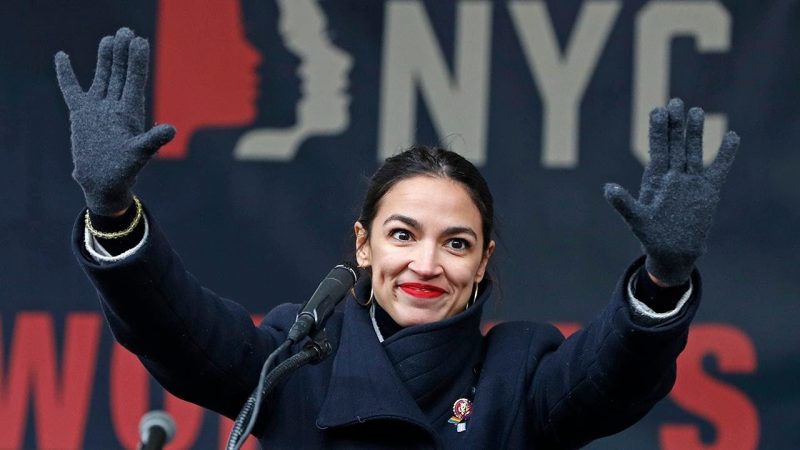 NYC Billboard Slams Ocasio-Cortez "Thanks For Nothing"

He very own people are turning on her, but is it really that surprising?

In the heart of New York City, down at Times Square, Job Creators Network paid for a billboard criticizing New York Representative Alexandria Ocasio-Cortez for playing a role in causing Amazon to pull out of their deal to set up their HQ2 in New York.

“The Amazon pullout is a perfect example of what we’ve been saying: socialism takes and capitalism creates,” Alfredo Ortiz, JCN president and CEO said in a release on Wednesday.

“The economic consequences of the HQ2 termination gives America a small taste of the harm that is to come if Ocasio-Cortez’s anti-business canon comes to fruition and is made federal policy.”

It comes after Ocasio-Cortez vigorously defended her role in sinking Amazon’s move to New York City on Tuesday in the face of bipartisan criticism, claiming the deal would have been “one of the biggest giveaways in state history” and would have priced people out of the local community.

Ocasio-Cortez has faced much criticism from all angles, including other fellow Democrats because of the role she played in Amazon making their decision to pull out of the deal.

But of course, like a "good" Democrat, she can't admit she screwed up.

I warned early to any & all that surging NYC costs+failing subways are creating major political forces to be reckoned with.

But I don’t know what I’m talking about, right???‍♀️

Ocasio-Cortez said that “If we were willing to give away $3 billion for this deal, we could invest those $3 billion in our district ourselves, if we wanted to. We could hire out more teachers. We can fix our subways. We can put a lot of people to work for that money, if we wanted to.”

That's when she received push back from New York City Mayor Bill de Blasio. “That $3 billion that would go back in tax incentives was only after we were getting the jobs and getting the revenue.”

Another fellow Democrat of New York, Representative Carolyn Maloney said that Ocasio-Cortez is opposed to jobs, "It used to be that we would protest wars. Now we are protesting jobs? I'm a progressive too, but I'm pragmatic. We are $4 billion less than we usually get and yet we are kicking out a company that would have been projected [to pay] over 10 years roughly $27 billion in taxes.”

The highly visible billboard will be up between 42nd Street and 8th Avenue until next Wednesday.