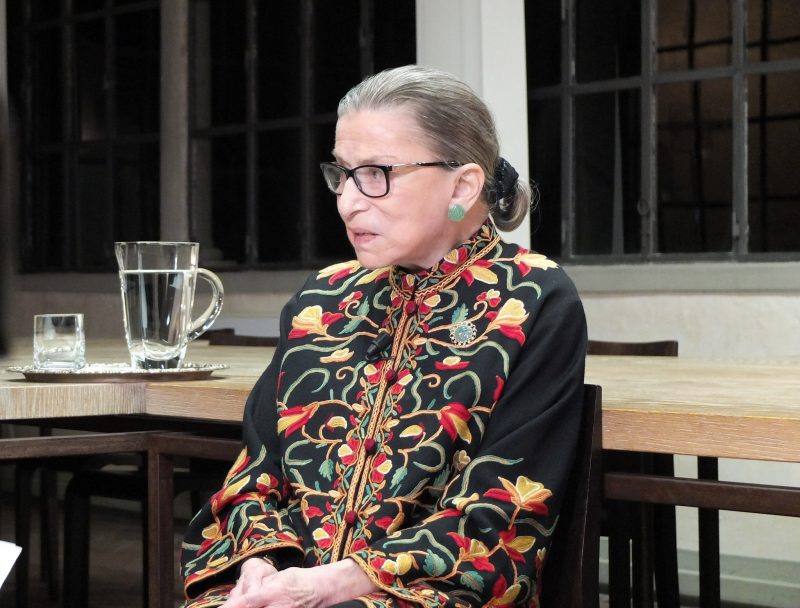 Notorious RGB Back In Court For First Time Since December

If you'll remember, Ruth Bader Ginsburg underwent cancer surgery back in December when they removed two cancerous lumps from her left lung.

According to ABC News,

Earlier this month, Ginsburg made her first public appearance in weeks but kept a low profile, attending a production of "Notorious RBG in Song" at the National Museum of Women in the Arts and sitting in the back of the auditorium.

Her return to the bench is expected to be a relief to liberals and her legions of fans, who had feared her retirement or death would give President Donald Trump another opportunity to solidify the court's conservative majority in the highest court in the land.

It will also dispel rumors and conspiracies that have swirled in recent weeks -- fanned by right-wing bloggers -- that her demise is imminent.

Her demise may still be imminent. Who really knows?

For all we know, she may have died already and this is could just be an imposter. Would we really even know? I'm sure they don't fingerprint her when she shows up or scan her retina or anything to that extreme.

Ginsburg has been working from home while recovering from the operation. She missed two weeks of arguments in January -- a first for her -- but is taking part in those cases by using the briefs and transcripts, court officials have said. She attended a private conference at the court with her fellow justices on Friday, the same day that the court agreed to decide whether the Trump administration can ask about citizenship on the 2020 census.

The court said in January that Ginsburg’s recovery was on track and there was no evidence of remaining disease. She has already survived bouts with colon and pancreatic cancer.

The last time a Justice of the Supreme Court missed an extended period of time was Chief Justice William Rehnquist after missing 44 arguments while he battled thyroid cancer. He later died in 2005 and was replaced by John Roberts.