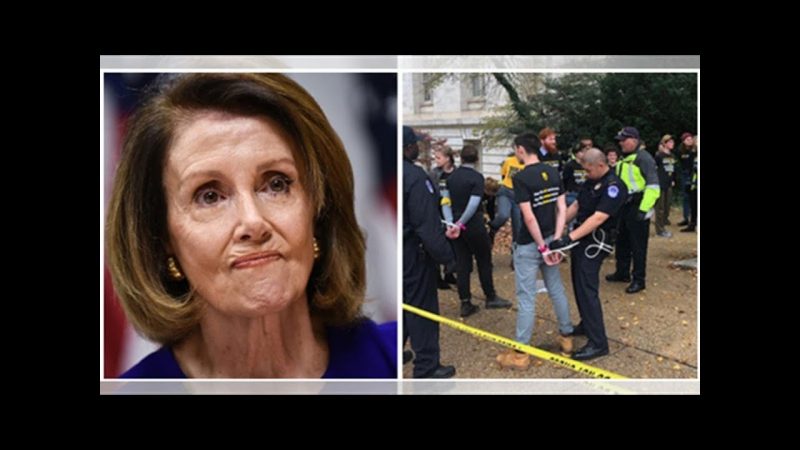 CALIFORNIA IS WEIRD STATE TO LIVE IN WHEN IT COMES TO POLITICS. IT SEEMS THAT THEIR ELECTED REPRESENTATIVES EITHER HAVE NO IDEA WHAT THEY ARE DOING, OR THEY DO AND CHOOSE NOT TO DO THE RIGHT THING BECAUSE WOULD PUT MORE MONEY IN THEIR ALREADY OVERFLOWING PERSONAL POCKETS.

Which leads us to Nancy Pelosi. She is one of those people that is directly poured from the mold of Hillary Clinton, mostly because she is crooked as the day is long and develops amnesia the second someone challenges her on something. I’m honestly surprised she hasn’t started passing out like one of those fainting goats.

Resignations due to sexual harassment scandals and the #metoo movement have once again cost Democrats their supermajority in California’s legislature, which, in turn, have temporarily saved the people of California from even more tax hikes. If you couple that with the fact that it’s now a widely known fact that Nancy Pelosi effectively stalled the resignation of John Conyer’s in Congress, there might actually be an opportunity to save this state in the upcoming 2018 midterm elections and retire Nancy Pelosi once and for all.

Via Daily Wire: Sexual Harassment Scandals May Drive Democrats Out Of Power In CALIFORNIA

If there’s any state in the union that is most assuredly “blue,” it’s California. Outside of a single Republican governor — Arnold Schwarzenegger — and a handful of state and federal legislators in northern and far southern counties, Democrats hold nearly every elected office in the state.

But according to Politico, a burgeoning sexual harassment scandal is roiling the state’s Democratic ranks and a series of “scandal-induced resignations” thought to be coming in 2018 are threatening the Democrats’ stranglehold on power.

“We’re in unchartered territory here,” Garry South, a veteran Democratic strategist told the political news outlet. “This whole issue has hit a critical mass in a very short time. I’ve never seen anything like it before — and I don’t know where it ends.”

South and others claim that Democrats have suffered from a severe decline in public trust. The Hollywood leftists who have bankrolled Democratic candidates at both the state and federal level are now under scrutiny, as Harvey Weinstein, perhaps chief among the entertainment industry’s political powerhouses, is facing dozens of sexual harassment, sexual assault, and rape allegations — and, quite possibly, an indictment.

The major Democratic players who represent some of California’s biggest urban areas can’t escape the tarnish. Even Rep. Nancy Pelosi isn’t immune, the article claims, because she stalled Rep. John Conyers’s resignation, calling Conyers an “American icon” and pleading with him to remain in office, even as more women came forward to accuse Conyers of bizarre — and often sexual — behavior.

The California Assembly is itself embroiled in its own sex scandal. Dozens of women signed a petition to demand accountability from Democratic legislators they claim have sexually harassed aides and staff. They even have their own movement: #WeSaidEnough.

The Assembly plans to hold hours of hearings dedicated to sexual harassment within its ranks when it reconvenes in January, and the State Senate has hired two separate law firms, Politico reports, to handle what leadership believes will be a wave of claims. Nancy Pelosi’s daughter, Alexandra, is leading a group of progressive feminists attacking California state Democrats from the left, accusing them of covering up for abusers in their ranks while labeling themselves great protectors of women’s rights.

Democrats have yet to see electoral fallout from D.C. and Hollywood scandals, but Politico seems convinced that, at least in California, certain seats are likely to remain vacant or even flip to Republican if state-based scandals make national headlines. Californians prefer Democrats, that’s not in doubt, but they may want a change of pace from their regular representation.