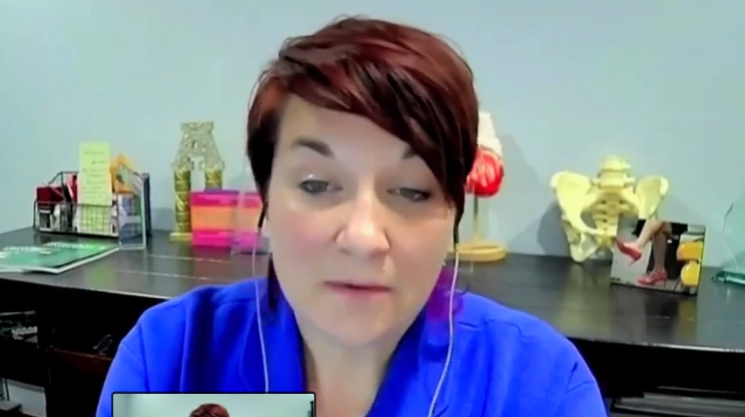 Abortions are a hot-button issue and right now it's almost impossible to carry on a civil conversation about it with anyone pro-Roe V Wade. Since the news that the law might be overturned, liberals have been triggered. Sometimes into just slinging insults, others, tossing Matolv cocktails.

A MSNBC "Cross Connection" segment on Saturday criticized Rep. Mike Johnson, R-La., as an ‘idiot’ for his questions during a Judiciary Committee hearing on abortion.

"Do you support the right of a woman who is just seconds away from birthing a healthy child to have an abortion?" Johnson asked.

"I think that the question that you’re asking does not realistically reflect abortion care in the United States," Robinson answered.

"Good for this doctor, right doctor? For standing her ground and saying you're an idiot, and you know what you're doing. She said it more politely than me," Phang said.

Phang then also suggested Johnson’s question was part of spreading "misinformation and disinformation" in spite of health care providers.

"You know, GOP lawmakers are making the spread of misinformation and disinformation into a congressional art form, but what can health care providers do to combat this disinformation?" Phang asked.

Planned Parenthood’s Dr. Colleen McNicholas, who was Phang's guest, agreed that Republican lawmakers may be "priming" the public to mistrust public health officials. She insisted that it’s up to health professionals to stand against the legislature.

"To prime the public for a scenario where they don’t trust public health and the truth is that we’re seeing the repercussions of that in other areas now, right? Responses to a pandemic, for example. I really think it is critical that we as health care professionals, our organizations, that we all stand up, and we really make clear medicine is to be practiced in the room with a patient and physician and that there is no space in our exam room for legislators, especially those who know nothing about the care that we’re providing," McNicholas said.

While McNicholas did not also call Johnson an "idiot" for his question, she noted that Phang MSNwas "right" in her comments and added that Dr. Robinson is a "hero in the movement."