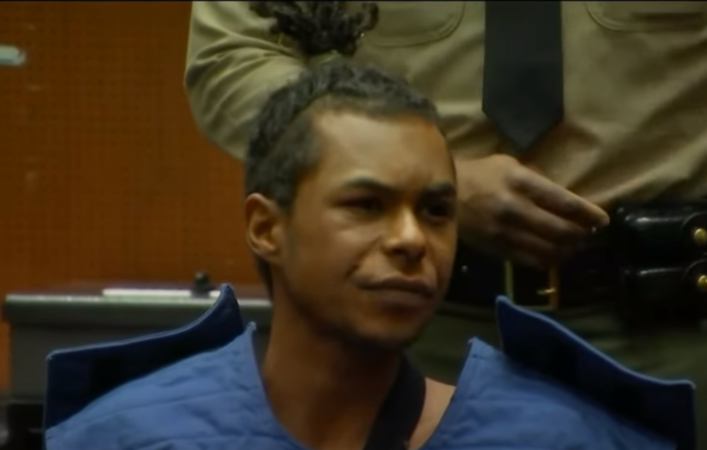 Dave Chappelle's Attacker Is Talking, Here IS What He Claims Happened

Dave Chappelle's attacker is talking, and from my personal point of view, it all sounds pretty whiny. Isaiah Lee seems to think he's the real victim of the attack even though a viral video clearly shows him charging the comedian in the middle of a set.

In an exclusive jailhouse interview, Lee told The Post that Chappelle should be more “sensitive” when it comes to the jokes he cracks.

“I identify as bisexual … and I wanted him to know what he said was triggering,” Lee said Saturday at the Twin Towers Correctional Facility in Los Angeles, dressed in brown jail garb and sporting a sling on his broken right arm.

“I wanted him to know that next time, he should consider first running his material by people it could affect.”

Lee said he expected to have a “good time” at the May 3 “Netflix is a Joke” show — but he grew angry and frustrated as Chappelle joked about his prior controversies with the LGBTQ community, as well as homelessness.

“I’m also a single dad and my son is five,” said Lee, 23, who at one point was homeless himself. “It’s a struggle and I wanted Dave Chappelle to know it’s not a joke.”

Lee left the arena in a cop car with two black eyes and a broken arm, according to reports. Chappelle was no injured in his weird attack and Lee feels like he's been treated unfairly despite him being the aggressor. Lee also complained to the post that his kid will be grown before he gets out and he felt that security was intentionally rough with him.

What did he expect to happen? I'm not sure.

His 'efforts' will likely have zero impact on the comedian who turned the attack into a joke immediately after, "That was a trans person!", Chappelle said to a laughing and somewhat confused crowd.