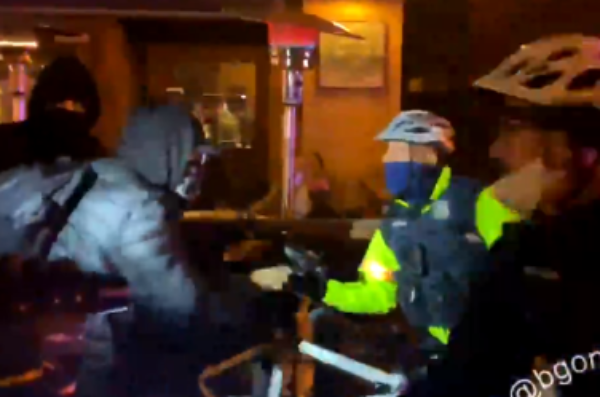 Is it protest season already? Last year BLM and Antifa at least waited until it warmed up. But it looks like this year they are starting early and have already taken to the streets with their demands. They marched Saturday night chanting about how they plan to burn the Capitol down if they don't get it. The "it" being that "Black Lives Matter," would be my guess.

"A "DC Queer and Trans Black History Month March and Rally" was organized at 2 p.m. by the Total Liberation Collective and the Palm Collective.

Some Antifa protesters mixed in, as a red and black "Antifascist Action" flag could be seen being carried by a group of protesters clad in black."

Chants of “If we don’t get it, burn it down” as the march continues in DC tonight #DC #DCProtests #WashingtonDC pic.twitter.com/YMxy90P4oj

There was a minor conflict with the police involving a flashlight and a bicycle but it looks like things did not escalate beyond some shoving this time.

An officer swats away one of the flashlights, leading to brief clashes as police push forward into the crowd in front of outdoor diners here in DC #DC #DCProtests #WashingtonDC pic.twitter.com/UuA76fH5X4

"The BLM march ended with a speech honoring Eric Garner, according to Gutenschwager.

The group recited the story of Eric Garner, a New York man who died while in police custody in 2014. During the story, the crowd called police officers the derogatory name of "pigs" on multiple occasions.

There were then several chants of "I can't breathe!"

This is probably why Biden is keeping the National Guard in D.C. costing Americans $500 million. He knows that liberal protesters are never going to be happy and that they are by no means peaceful. The way things are going it's only going to be a matter of time until they start occupying parts of D.C.. I can't wait to see the MSM spin on how he handles them when they start rioting. 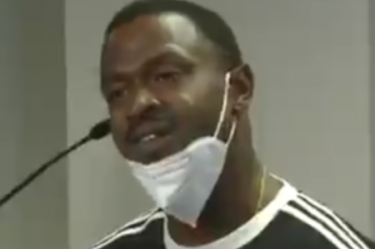 Grieving Father Let's BLM Know What They Did 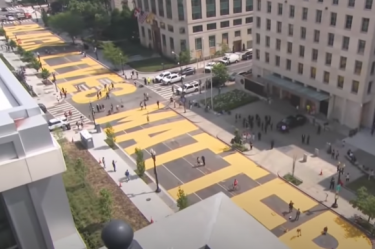