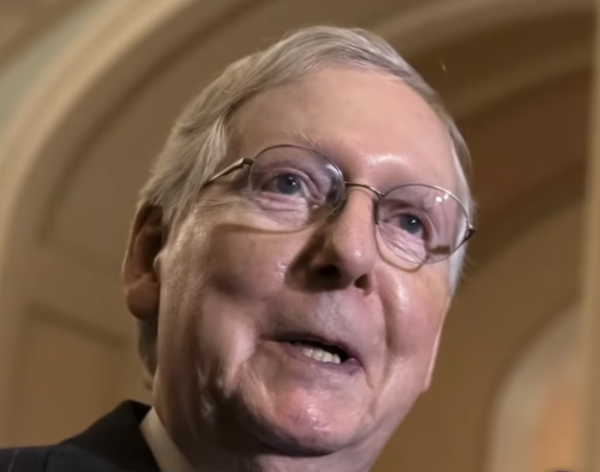 Trump signed off on the COVID Relief bill but had a few demands as he signed off on the bill. First, he felt that Americans needed more than $600, he demanded they raise the stimulus checks to $2000 dollars. But there was more, he also wanted to remove all of the frivolous spending that was snuck into the bill that has nothing to do with aiding Americans. The Dems heard that Trump wanted to raise the stimulus checks but somehow missed the rest of his requests or chose to ignore the rest of his request. So they jumped the gun pushing a bill that would solely raise the stimulus checks and have been bashing the GOP for not backing it. But McConnell has seen through this attempt to keep all of the wasteful spending and has now come up with his own bill that does everything Trump was hoping for.

"Senate Majority Leader Mitch McConnell on Tuesday introduced his own version of a bill to increase the $600 stimulus checks from the coronavirus relief package to $2,000, but also included two other major priorities for President Trump.

The legislation would also repeal Section 230, the controversial liability protection for online platforms, and create a committee on the Election Assistance Commission to study election integrity.

McConnell set the table for a bill to address these three issues in his floor remarks Tuesday.

"During this process, the president highlighted three additional issues of national significance he would like to see Congress tackle together," McConnell said, before listing off the president's grievances about the amount of the stimulus payment, Section 230 and the election.

"Those are the three important subjects the president has linked together," McConnell said. "This week, the Senate will begin a process to bring these three priorities into focus."

This bill makes far more sense since it rids the relief bill of the ridiculous add-ons that have nothing to do with providing the American people relief. There is no reason for us to be spending money on foreign aid when Americans are suffering.