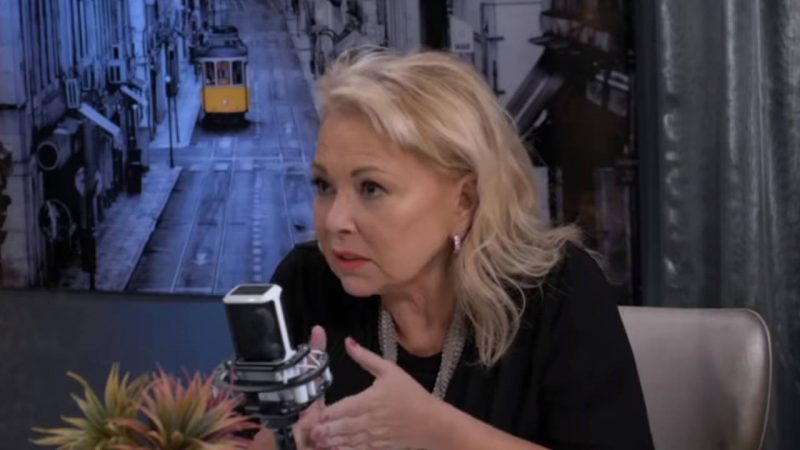 Comedian Roseanne Barr recently was a guest on The Candace Owens Show where she shared so many of her thoughts.

And honestly, she's not alone in her feelings and concerns about the various issues she addresses.

She speaks about Kamala Harris saying,

"Look at Kamala Harris, who I call Kama Sutra Harris,” speaking in regards to her prior relationship with former San Francisco Mayor Willie Brown.

“We all know what she did… she slept her way to the bottom."

She points to the women who accused Comedian Louis C.K. of sexual misconduct, i.e. the #MeToo crowd, saying "They're pretending that they didn't go to trade sexual favors for money. That's who I'm talking about, too. I know a ho when I see one."

Rosanne goes on to address many other people.

Moving on to freshman Reps. Ilhan Omar (D-Minn.) and Rashida Tlaib (D-Mich.), Barr declares, “It’s scary that we have Hamas in our Congress,” referencing the Palestinian terror group. Both pols are Muslim.

The crazed comedian tells Owens that she supports the interviewer’s “Blexit” movement encouraging black people to leave the Democratic Party.

“I support Blexit cause I know that that really is the linchpin of the whole thing. You call it the plantation — I love that,” Barr says.

“I call it Egypt because I’m Jewish. It’s leaving Egypt and getting free of Pharaoh. For all the African-American people I know who are Blexiting, I say to them, ‘Please take two Jews with you.’”

Rosanne also addressed how she went to bat for women stars in Hollywood,

“When I went to bat for Sandra [Bernhard], Kathy [Griffin] and Sara [Gilbert] to get them on TV — because I gave them all their TV jobs… you know what people at the networks told me? Those girls are too ugly to go on TV,”

“And I said this is so incredibly sexist. Look at me, I’m no beauty. You can’t take talent, for a woman, and reduce it to their facial flaws. Are you sh—ing me?”

“Nowadays, I’m like, you’re right. They are too ugly to be on TV, ...the ugliness inside.”

You can watch the full episode of The Candace Owens Show below: