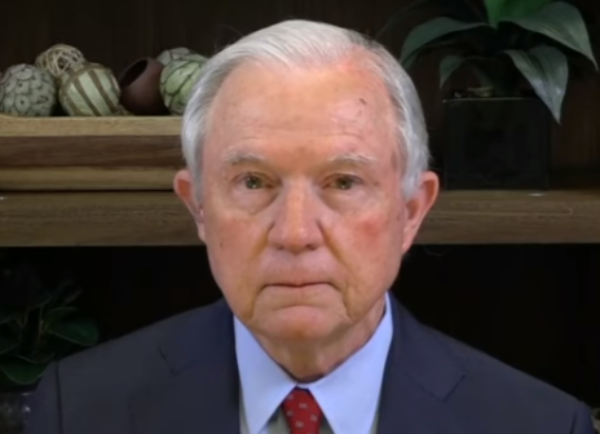 Jeff Sessions: With 30 Million Americans Unemployed Why Are We Still Putting Foreigners First?

This pandemic has done a number on our economy. The lockdowns made it so only essential businesses opened causing many Americans to either start working from home or out of work. Some Americans were lucky and were put on furlough until their State re-opened, but 30 Million were not. So now we have almost 10% of the population unemployed and for some reason we are still putting foreigners first, whether it be jobs or even when it comes to education. Former Attorney General Jeff Sessions appeared on SiriusXM Patriot’s Breitbart News Daily, where he asked for politicians to start putting Americans first.

“We have 30 million unemployed … We don’t have jobs in the United States,” Sessions said. “There are no jobs now. We’ll lay off more people this week then we did last week.”

“Why would we bring in foreign workers to take jobs when we don’t have jobs for the American people,” Sessions asked. “What theory is it that they’re operating under when they try to justify such a policy position? It’s certainly not in the interest of the American people. It’s in the interest of their corporate friends and some ideology that they adhere to … so I do think that it’s time for this Congress to deliver on its promises that the president made in the campaign.”

Sessions went on to say that he felt we need to investigate how this Pandemic started.

“We did that after the attack on Pearl Harbor … where House and Senate appoint select members of Congress … and the charge is what did China know and what did they do, when did they act on it or not, and did they lie about it? The world needs to know.”

Sessions is right, we need to start putting Americans first. We went from having the lowest unemployment rate in years to the highest. It is high time we worry about our fellow Americans, as opposed to catering to foreigners that come here to work or go to school.

Finally: GOP Reps Clap Back At Chinese Govt For Lying To The World About COVID