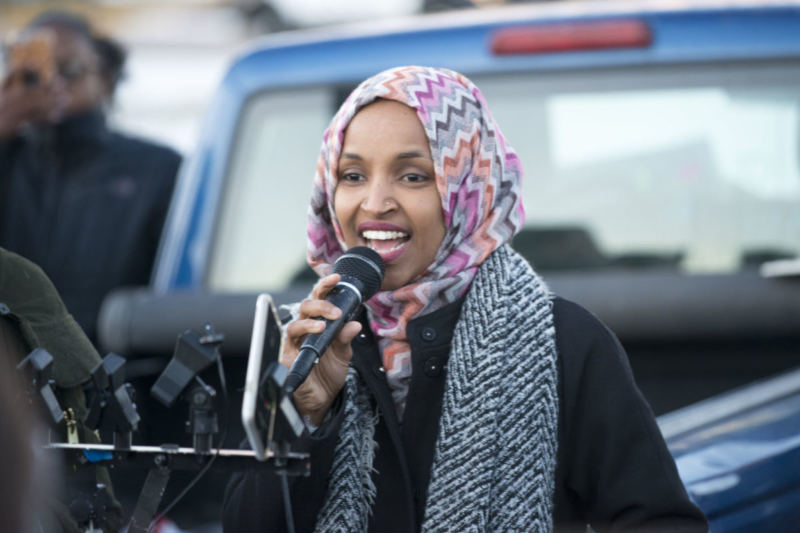 Lawmakers in the House of Representatives overwhelmingly passed a resolution titled, “Affirming the United States record on the Armenian Genocide”.

This measure officially recognizes and condemns the genocide of 1.5 million Armenians between the years of 1915-1923 by the Young Turks.

Omar, who was one of only three lawmakers to vote “present,” released a statement on why she did not vote for the resolution:

Here is the statement Omar made regarding her refusal to recognize the Armenian Genocide:

"I believe accountability for human rights violation - especially ethnic cleansing and genocide - is paramount. But accountability and recognition of genocide should not be used as cudgel in a political fight. It should be done based on academic consensus outside the push and pull of geopolitics. A true acknowledgment of historical crimes against humanity must include both the heinous genocides of the 20th century, along with earlier mass slaughters like the transatlantic slave trade and Native American genocide, which took the lives of hundreds of millions of indigenous people in this country. For this reason, I voted 'present' on final passage of H.Res. 296, the resolution Affirming the United States record on the Armenian Genocide."

The measure, H.Res.296, passed the chamber by an overwhelming 405-to-11 margin, representing a forceful rebuke to Turkey following the NATO ally's recent incursion against the Kurds along the Turkish-Syrian border. Omar joined Rep. Paul Gosar, R-Az., and Rep. Eddie Bernice Johnson, D-Texas, in voting "present" on the resolution.

In statements and interviews with NBC News, Armenian advocacy groups and political organizations expressed dismay that Omar did not back the measure.

Omar's "votes and actions ... do not represent the best of American or Muslim values," said Van Krikorian, the co-chair of the Armenian Assembly of America. "Innocent people were and are being slaughtered, and there is a universal need to defend the victims of genocide and ethnic cleansing, not to stand with or defer to the murderers."

Since her hateful response and failure to recognize the genocide, she has got a lot of backlash. Not just from others who already dislike her, but even from her own supporters.

The other present or no votes I care less about, because I never supported them, but this really hurt.

What an absolute disappointment and shame that the only democrat who did NOT support the Turkish bill aiming to stop the killing of innocent people is @IlhanMN who seems like on #DictatorErdogan ‘s payroll working for his interests, but not for the American people and democracy!

I am deeply disappointed and, frankly, disgusted by this statement issued by @IlhanMN today regarding H.Res. 296.

The whataboutism is from the textbook of denial that the Turkish government has engaged in for more than a century. Totally unacceptable. https://t.co/1EVLPmfX2v