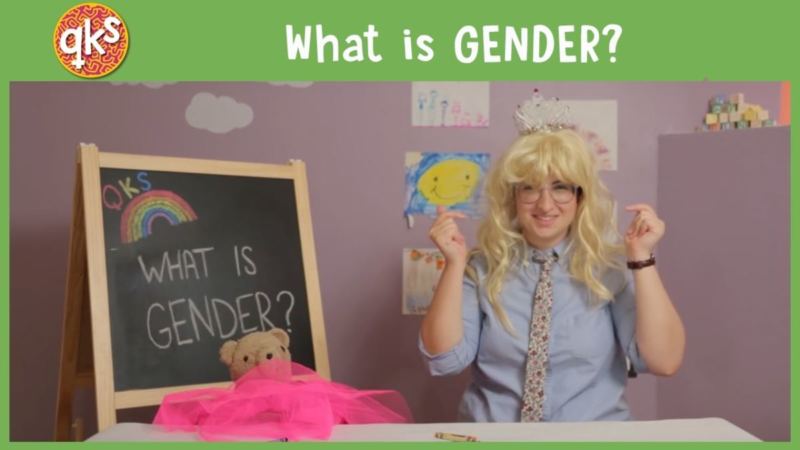 Do you remember the days when people used to attack Christians saying things like, "That's fine for you, but don't impose your morality on other people."? I sure do, and it still happens today.

If that's the case, then why is it that liberals and especially the LGBTQ community is trying to impose their morality...or should I say immorality on other people?

One YouTube channel, Queer Kid Stuff, is an LGBTQ channel that targets preschoolers tries to brainwash them with their gender ideology.

Transgender individuals, Amer says in the video, are “people who do not identify with the gender the doctors tell them they are when they are born.”

“Bad doctors!” reads a recent post at 4thWaveNow, a site that welcomes the views of “parent-skeptics who question medicalising gender-atypical youth” and that promotes “free speech,” “science,” and “rational feminism.”

Do tell, readers. When you were 3 or 4 years old, would the words “identify as” make any sense to you? Can you picture your mom or dad casting aspersions on those dumb doctors who jumped the gun, and stupidly TOLD your parents you were a boy or girl?

When the non-binary bear shows confusion about how to tell who is a boy and who is a girl since anyone can wear ties and dresses, Amer responds, “That’s actually really easy, Teddy. All you have to do is ask someone what their pronouns are.”

I can't stand this garbage. That is not how reality is determined. The way you feel has no bearing whatsoever on objective truth, especially gender which is a biological construct.