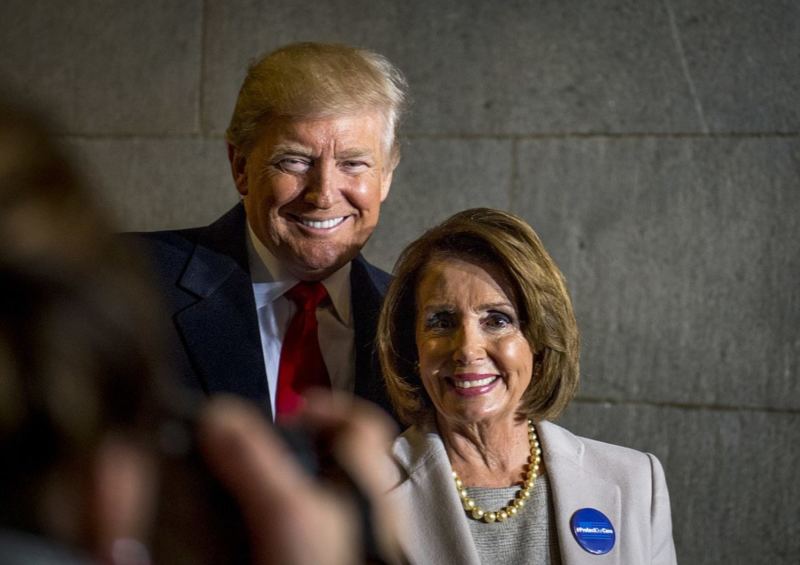 House Democrats are doing everything they can to keep secret the identity of the supposed whistleblower involved in trying to expose President Trump in his phone call with Ukrainian President Zelensky.

They're even hiding his identity from the House Republicans. What is it that they're trying so hard to hide?

There is obviously something very fishy going on. And do you remember the second whistleblower? Whatever happened to them? They've all but disappeared from the news now.

Democrats are going to great lengths to hide the whistleblower's identity out of fear the Republicans on the House Intelligence Committee could leak their identity, according to The Washington Post, which cited three people familiar with the discussions.

Democrats are considering holding testimony outside the Capitol as well as a staff-only session that would bar lawmakers from questioning the whistleblower, according to the Post.

Democrats are also weighing options to distort the whistleblower's appearance and voice, including through a video camera or audio-only testimony or by placing the person behind a screen, the Post reported.

These meetings could occur "within the next couple of weeks," though the date has not been decided, an official told the Post.

The Democrats know that their case is shot. They literally have no chance at an impeachment now. Even Nasty Pelosi aren't going through with a vote to proceed on the impeachment.

And here's something else that they're not talking about in the media, there have already been three...yes, THREE votes already! Pelosi is actually refusing to hold a fourth vote, not a first.

So in other words, three times Congress has EXPLICITLY voted NOT to pursue impeachment.

If Pelosi really knew that there was a case there against President Trump, she would definitely hold a vote and move forward to try and get him removed as quickly as possible.