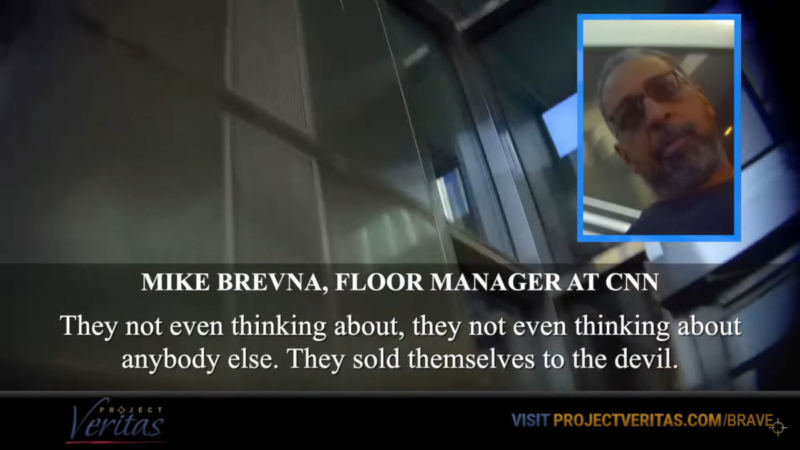 CNN Staff Bashes Own Network In Secret Recordings, "We No Longer Report The News" in Project Veritas Expose [MUST WATCH]

Project Veritas which is a conservative activist group has recently been releasing batches of secretly recorded videos exposing CNN what they're worth.

The secret footage was shot by Cary Poarch who had worked for CNN for over two years.

In the videos, Poarch records numerous CNN employees confirming their completely anti-Trump, that they make up news stories, and how the House Democrats accuse Trump of "abusing power" but goes on to say that they abuse their power much worse every single day.

One of the most revealing is a discussion with Patrick Davis who is the manager of field ops at CNN.

Patrick Davis: "What's crazy to me is Obama was caught on camera..."

Poarch: "With the Russian thing..."

Davis: "Yes! 'Wait 'til I get into office and I have more room to negotiate...

Poarch: "And I voted for the man."

Davis: But then Trump's getting hammered for twisting an arm, you know what I mean? It's, I don't know man; he (Trump) has survived everything up to this point..."

Davis: "Bill Clinton survived getting his d**k sucked under a table, you know what I'm saying? My guess is the House is crazy enough to go through wit hit and they're starting it. Everyone's trying to do this from a 'holier than thou perspective' like, 'Oh, he abused his power.' Those a**holes, those 500 a**holes up there, abuse their freaking power every day. They do this sh*t every fricking day.

Davis: "What he was doing was nothing compared to what these a**holes are doing on a daily basis, right?"

This is a clear indication of what conservatives have been saying all along. CNN is fake news, they're extremely biased, they make stuff up, stir the pot, and focus entirely on Trump. Now we have actual evidence of it.