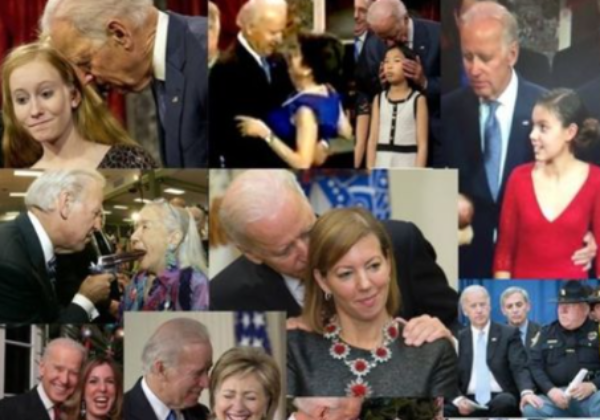 Groomer-In-Chief Is Coming For Your Kids At All Costs, Commands Teachers Directly

As states and schools move to push Democrat's childhood grooming initiative out of the school system, Biden slips in to direct teachers directly. During a Teacher of the Year event held Wednesday at the White House, Biden instructed teachers to own children while they're in their classroom. "They’re like yours when they’re in the classroom," Biden said.

“They’re not someone else’s children, they’re our children,” he said. “And they are the kite strings that literally lift our national ambitions aloft. … Think about it. If you got to do one thing to make sure the nation succeeded in the next two generations, what would you do? I would say, literally, have the best-educated public in the world.”

Biden emphasized that “we have an obligation to help them … reach their potential.”

“You have heard me say it many times about our children, but it is true, they’re all our children. And the reason you are the teachers of the year is because you recognize that,” he said. “They’re not somebody else’s children. They’re like yours when they’re in the classroom.”

“Teaching is one of the hardest jobs in this country,” Biden said. “Today, there are too many politicians trying to score political points trying to ban books — even math books. I mean, did you ever think … that when you’d be teaching you’d be worrying about book burnings and banning books? All because it doesn’t fit somebody’s political agenda.”

“American teachers have dedicated their lives to teaching our children and lifting them up,” he continued. “We ought to stop making them a target of the culture wars. That’s where this is going.”

Joe Biden says to teachers about their students "they are not somebody else's children. They're yours when you're in the classroom."

No, Joe, they are not "somebody else's children."

They are OUR children. pic.twitter.com/A5wW3ytRQk

Biden came out against American families on this year's Transgender Visibility Day, saying that he believes biological males should be allowed to compete in women's sports, that gender identity and biological sex are the same thing, and to say that American children should always be affirmed when they begin to question their biological integrity.
"To everyone celebrating Transgender Day of Visibility," Biden said, "I want you to know that your President sees you. Jill, Kamala and Doug, our entire administration sees you for who you are made the image of God deserving of respect and support." But then it got a little weird.
Previous Post
Next Post