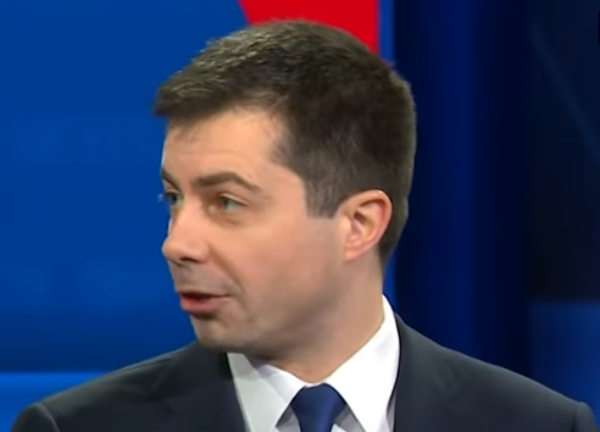 Buttigieg Crumbles When Pressed About Masks...LOL

Transportation Secretary Pete Buttigieg is part of the Democrat's efforts to appeal the Judge's ruling that killed mask mandates on transit systems. You would expect him to be firm in his beliefs but the reality is, he doesn't support it he's just following his crackpot party. A quick interview with Bret Baier proved that. Just a little pressure and Buttigieg changed his position completely.

Buttigieg re-iterated White House chief medical adviser Dr. Anthony Fauci's statements that said "we're in a … different moment in our fight against COVID" and "I think we are moving into a phase where [personal risk assessment is] where a lot of the decision-making is going to lie."

"I got it. But it's just when I introduced you, I was talking about the Justice Department appealing that ruling to keep the mask mandate for public transportation – right up your alley," Baier said. "Don't you think voters will look at that and hold the Biden administration or Democrats kind of responsible for something that they really don't want?"

Buttigieg responded, "Well, the main consideration there isn't the politics of it. It's making sure there's clarity on the public health authority that the CDC has. In other words, that would be important to pursue even if they're not going to use it right …. And as you recall, it was actually set to expire within a few days of right now."

Baeir pressed forward asking about the "disconnect" between mask-free parties in Washington and Americans traveling on public transportation.

Buttigieg said that the lawsuit was about getting clarity "on the legalities of it."

"Well, I think most of us understand the difference between a hotel ballroom and an airplane," he said. "And again, a lot of this is about what authorities the CDC has. So even if they don't think we need it at all, they still want to make sure that we get clarity."

"As a practical matter, and I know this is confusing, if you're getting on an airplane, it's your call. It's up to you. And I think the most important thing right now is that everybody is treated with respect, those who choose to wear a mask and those who choose not to."

See... That's the deal with this party; they lead by fear. The truth is out about the ineffectiveness of masks but the left continues to press forwards even when most of them don't even support it.