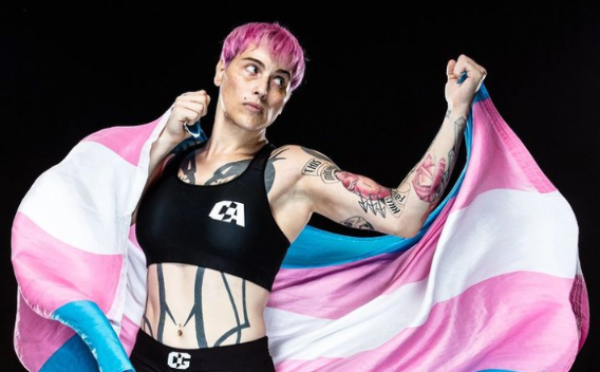 Fmr Special Forces Gets Confused And Starts Beating On Women

The brave men and women who fight for our country often come home from war changed. Some crack a little under the severe pressures of active duty and need a little help, that's not the case here. Former Army Special Forces McLaughlin,38 finished his active duty tours in the military and then decided to become a female MMA Fighter. This just sounds wrong on multiple levels.

"A 38-year-old former member of the U.S. Army Special Forces who began transitioning (male to female) in 2010, Alana McLaughlin made his MMA debut Friday night against Celine Provost at Combate Global’s latest event. As a transgender athlete in mixed martial arts, McLaughlin is a rare case. McLaughlin said prior to the bout that his was attempting to pick up the mantle that Fallon Fox put down."

"The first round was a rough one for McLaughlin, as Provost rocked his multiple times and seemed on the verge of getting a finish. However, McLaughlin would survive and in round two would secure an amazing comeback finish, as he would take down Provost and get the rear-naked-choke finish at 3:32 of the second frame. That moved McLaughlin to 1-0 in his MMA career."

"McLaughlin, 38, passed all the medicals, including a hormone panel, issued by the Florida State Boxing Commission in order to compete Friday night, according to Combate Global executive Mike Afromowitz. McLaughlin has been training at MMA Masters in the Miami area.

It was not easy for Combate to find him a foe, he said.

"It was a nightmare trying to find an opponent," McLaughlin said before the bout. "I have nothing but respect for [Provost]."

McLaughlin is hoping to be a pioneer for transgender athletes in combat sports, saying he wants to "open the door" and "make space" for others like him."

Of course, McLaughlin won, he was special forces. It's really not fair that he is competing against women. I get that he is confused and wants to be a lady, but still, you don't beat on women, even in a tournament. But he is not the first confused male MMA fighter, a few years back Fallon Fox did the same thing and really hurt a girl.