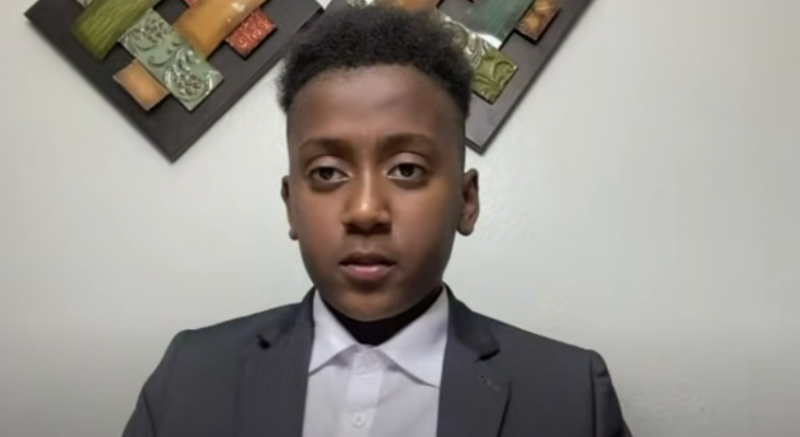 "Parent's be warned", that's the message from one Colorado family after they say their 12-year-old son attempted what they say is a new TikTok challenge which left the small boy unconscious and fighting for his life. Joshua Haileyesu's family are locked in prayer, just hoping for a miracle after doctors broke the news:

The bad news that doctors broke to the Haileyesu family is that young Joshua is medically braindead. Joshua's father explains that his son had the potential to become a great minister and that he also had dreams of joining the military.

"He's a fighter. I can see him fighting. I'm praying for him every day," Joshua's father, Haileyesus Zeryihun, said, according to the news outlet. "It's just heartbreaking to see him laying on the bed."

Family and friends gathered outside of the Children's Hospital on Monday to pray for Joshua. Each shared how joyful and full of life the boy was. The Dever Channel reported that Joshua loved soccer and video games.

A family friend told KMGH-TV that he "can't even describe the grief and the devastation. Nobody could ever imagine this would happen to a 12-year-old."

"This is something that kids need to be given to be taught, to be counseled. Because this is a serious a serious thing," Zeryihun said. "It's not a joke at all. And you can treat it as if somebody is holding a gun. This is how dangerous this is."

Joshua's father said he's desperately trying to share this incredibly intimate and tender time with others to reach parents and make them aware of the potential dangers. Mr. Haileyesu said that they trusted the social media platform to some degree because it helped Joshua discover new passions in cooking and guitar. Haileyesu said, "I'm paying the price right now. I am living this life. I would hate for other parents to go through this".