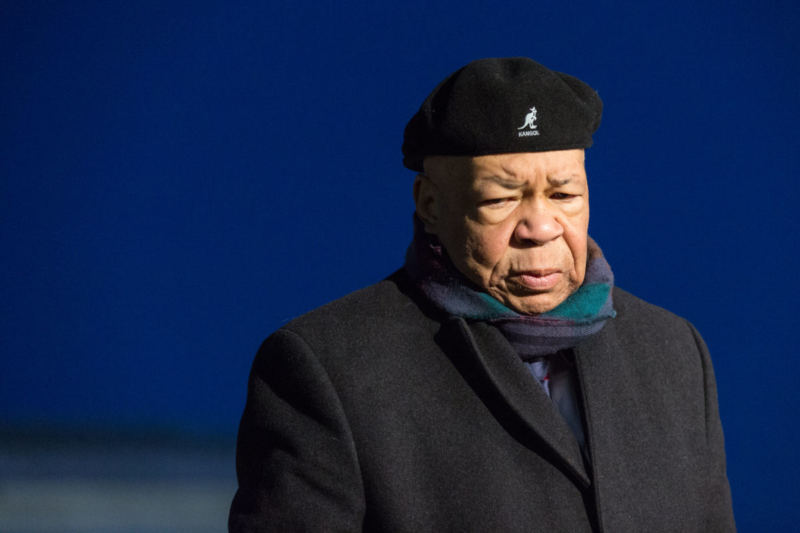 Rep. Elijah Cummings is doing his best to divert American's and his fellow congressmen from his troubles. He's trying to get everyone off his back by trying to get them to look in another direction.

What he's done now is opened up an investigation into Vice President Mike Pence because of where he stayed at during his stay in Ireland. Cumming's claim is that he's wanting to ensure that taxpayer dollars aren't being wasted.

Where are the millions upon millions of dollars that Cummings got for the city of Baltimore? How fat has he stuffed his own pockets with that money?

The official letter from Cummings began by saying, "The Committee is seeking information about Vice President Mick Pence's stay earlier this week at the Trump International Golf Links and Hotel in Doonbeg, Ireland - 180 miles away from the Vice President's official meetings with Irish officials in Dublin. The Committee does not believe that U.S. taxpayer funds should be used to personally enrich President Trump, his family, and his companies."

Chairman Cummings said in the letters to the officials that the Democrat-led Oversight Committee “does not believe that U.S. taxpayer funds should be used to personally enrich President Trump, his family, and his companies.”

From these documents obtained by Breitbart News, Cummings wishes to know how much the trip cost the “American taxpayer–or benefited the Trump organization.” The Maryland congressman suggested that this trip might amount to a “conflict of interest” and “waste of taxpayer funds,” or even a violation of the Domestic Emoluments Clause of the Constitution.