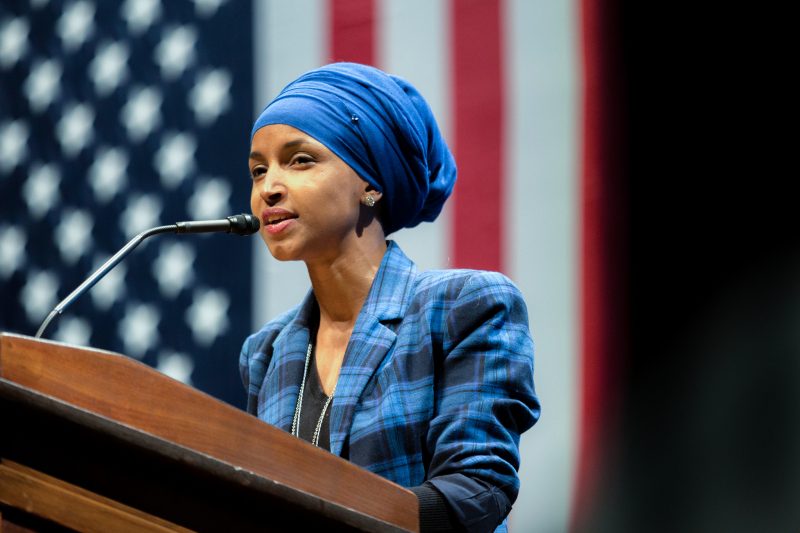 Our fallen soldiers from the "Black Hawk Down" incident which took place in Somalia in 1993, were the target this time in one of Ilhan Omar's hateful comments/tweets.

A resurfaced tweet from Rep. Ilhan Omar saw the Minnesota Democrat claim U.S. forces killed “thousands” of Somalis during the 1993 “Black Hawk Down” mission -- despite multiple analysts concluding the number was much smaller.

In the October 2017 tweet discovered by journalist John Rossomando, Omar was responding to a Twitter user who'd highlighted that more than a dozen U.S. soldiers were killed and another 73 were wounded in the Battle of Mogadishu, saying it was the “worst terrorist attack in Somalia history.”

Omar, a Somali refugee who was then a Minnesota state representative, refuted the tweet, insisting that “thousands” of Somalis were killed by American forces.

In his selective memory, he forgets to also mention the thousands of Somalis killed by the American forces that day! #NotTodaySatan https://t.co/wrFocrZymQ

Omar’s claim that “thousands of Somalis” were killed by American forces during that battle is wildly false by most expert’s estimations.

Captain Haad, a representative of the Somali National Alliance, said during a 2001 interview that 133 Somali militiamen died battling U.S. Delta Force soldiers and rangers, according to the Investigative Project on Terrorism. Mark Bowden, the author of “Black Hawk Down: A Story of Modern War,” estimated that 500 Somalis died. More liberal estimations put the death toll near 1,000.

Try not to forget that this woman is sitting on the House Foreign Affairs Committee, which has oversight on international relations which include, war powers, treaties, and deployment of U.S. Armed Forces.

She has demonstrated time and time again that she is against Israel and Americans. So you tell me, how is it that she still has a job in our government?