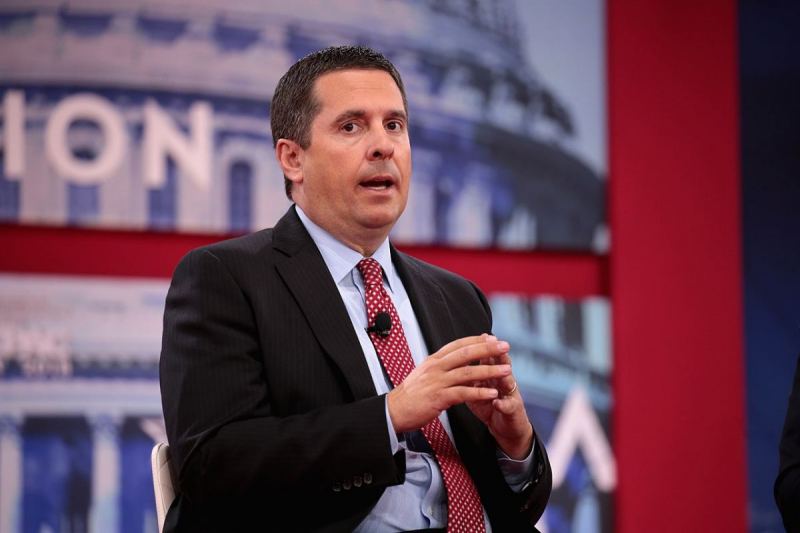 Devin Nunes Sends Another Criminal To The DOJ On Obstruction Charge

Earlier this week, Representative Devin Nunes said that he would likely be sending a criminal referral to the Department of Justice in connection with obstruction throughout the Russia investigation and the Steele Dossier.

Nunes made good on his word and now Kathleen Kavalec is going to be seriously looked into for her role in the hoax.

Congressman Devin Nunes (R-CA) said on Sunday he will likely send an ‘obstruction’ criminal referral to the Justice Department over the meeting Christopher Steele had with a State Department official a week before the first FISA warrant was granted on Carter Page.

Nunes said during his appearance on Fox News that the notes and memos State Department Kathleen Kavalec took about her meeting with former British spy Christopher Steele just 11 days before the first FISA warrant were withheld from the House Intelligence Committee during its investigation that ended last year.

“It’s likely now, as we do our investigation as to why we didn’t get this information that we’ve just been discussing from the State Department two years ago when we should have received it, there could be another referral coming on obstructing a congressional investigation,” Nunes said.

Hillary Clinton and her campaign “plainly colluded” with the Russians to dig up dirt and spread false information about Trump, Nunes said.

Kavalec’s notes provide at least four more pieces of proof to the already conclusive case of FISA abuse. First, as John Solomon highlighted at The Hill, the FISA application stated the FBI had determined Steele to be “reliable” and was “unaware of any derogatory information pertaining” to their source, while Kavalec’s memorandum showed just the opposite—that Steele was not reliable.

In her notes, Kavalec wrote that Steele claimed “the Russians had constructed a ‘technical/human operation run out of Moscow targeting the election’ that recruited emigres in the United States to ‘do hacking and recruiting,’” and that “payments to those recruited are made out of the Russian Consulate in Miami.” But in Kavalec’s log of her meeting with Steele, she corrected his “intel,” writing: “It is important to note that there is no Russian consulate in Miami.”

While we may not know what is it that Kavalec did to the fullest degree at the moment, it really doesn't even matter because the moment that the FBI knew that Steele had spoken with Kavalec, that's when they should have done their job to learn more about the conversation. No one ever relayed the information, rather they let the story remain that the dossier was credible and verified when it never truly was.