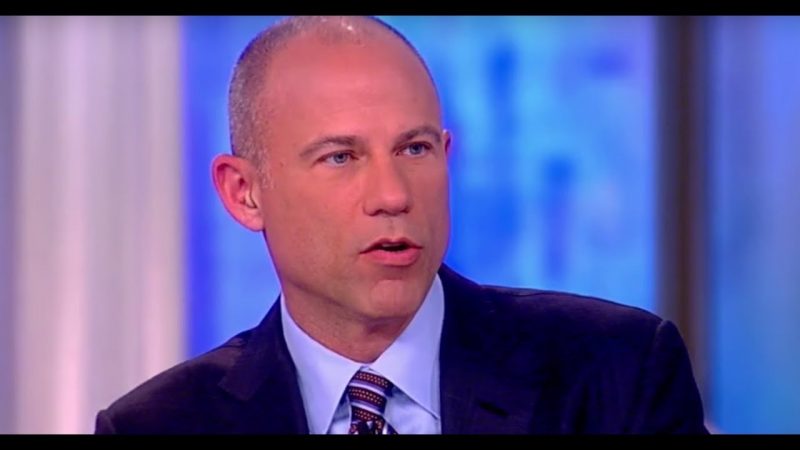 It finally looks like this dirtbag is finally going to get a taste of what he deserves.

This man is one of the biggest liars I've ever seen in my life.

If you're unfamiliar with the name, Michael Avenatti became famous and newsworthy while representing Stormy Daniels in an attack against Donald Trump, which she ultimately lost.

According to The Daily Wire and the DOJ,

In a statement, the Department of Justice wrote that Avenatti was indicted on fraud and aggravated identity theft charges:

As alleged, AVENATTI used misrepresentations and a fraudulent document purporting to bear his client’s name and signature to convince his client’s literary agent to divert money owed to AVENATTI’s client to an account controlled by AVENATTI. AVENATTI then spent the money principally for his own personal and business purposes.

The DOJ also announced that Avenatti was separately indicted today on extortion charges, "relating to his alleged attempt to extract more than $20 million in payments from Nike, Inc., by threatening to use his ability to garner publicity to inflict substantial financial and reputational harm on the company if his demands were not met...

...As alleged, he blatantly lied to and stole from his client to maintain his extravagant lifestyle, including to pay for, among other things, a monthly car payment on a Ferrari. Far from zealously representing his client, Avenatti, as alleged, instead engaged in outright deception and theft, victimizing rather than advocating for his client."

"Daniels isn’t named in the court filing, but the details of the case, including the date her book was released, make it clear that she is the client involved," The Associated Press reported. "Daniels, whose real name is Stephanie Clifford, initially hired Avenatti to handle a lawsuit she filed last year in which she sought to invalidate the nondisclosure agreement she’d signed with Trump’s then-lawyer Michael Cohen in exchange for $130,000."

Avenatti is also being accused of stealing a large portion of her earnings from her book deal by forging her signature.

He has denied all allegations of wrongdoing and even tweeted about it saying, "No monies relating to Ms. Daniels were ever misappropriated or mishandled. She received millions of dollars worth of legal services and we spent huge sums in expenses. She directly paid only $100.00 for all that she received. I look forward to a jury hearing the evidence."