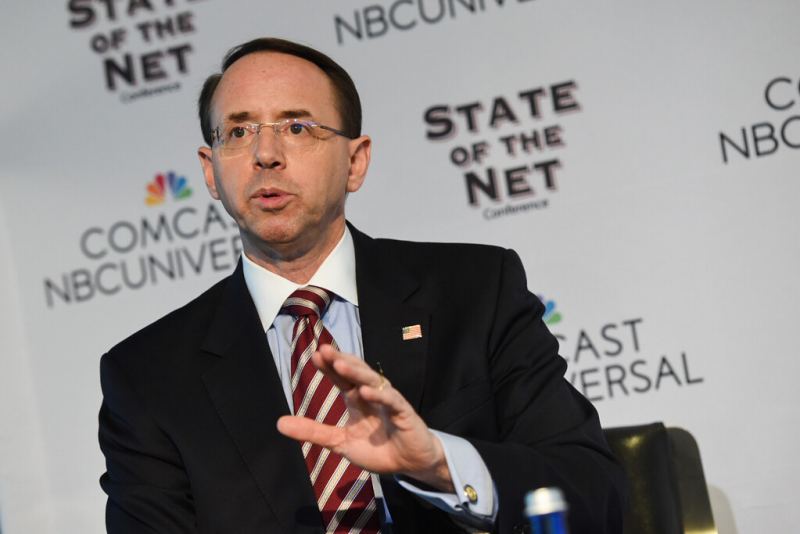 Deputy AG Rod Rosenstein Is Headed Out The Door, But Here's Why He'll Be Back

In my opinion, it's been a long time coming, but Deputy Attorney General Rod Rosenstein has officially submitted his letter of resignation to President Trump.

It sounds like he was trying to butter up the President as well by saying that he enjoyed and was grateful for his humor and courtesy.

“I am grateful to you for the opportunity to serve; for the courtesy and humor you often display in our personal conversations; and for the goals, you set in your inaugural address: patriotism, unity, safety, education, and prosperity,” said Rosenstein in his letter.

Rosenstein’s resignation does not come as a surprise; he was expected to leave the Justice Department following the conclusion of special counsel Robert Mueller’s investigation, having communicated to Attorney General William Barr that he intended to serve just two years in the administration.

Rosenstein’s 16-month tenure as the No. 2 law enforcement official was marked by constant drama as a result of his oversight of Mueller’s investigation into Russian interference in the 2016 election, which came to a close in late March.

In a statement, Barr praised Rosenstein for serving the Justice Department "with dedication and distinction" and described Rosenstein's devotion to the department and its employees as "unparalleled."

“Rod has been an invaluable partner to me during my return to the Department, and I have relied heavily on his leadership and judgment over the past several months,” Barr said. “I have appreciated the opportunity to work closely with him, and I wish him well in his future endeavors.  The Department and I will miss him.”

I believe this is a move he knows he needs to make because the storm is just starting to form around everyone involved in the failed coup d'etat against President Trump.

This included Rosenstein who offered to wear a wire in order to try and entrap the President. This is treason and he deserves jail time!

The reason he'll be back is that he's going to be called to testify before the Judiciary Committee for the things he's done.