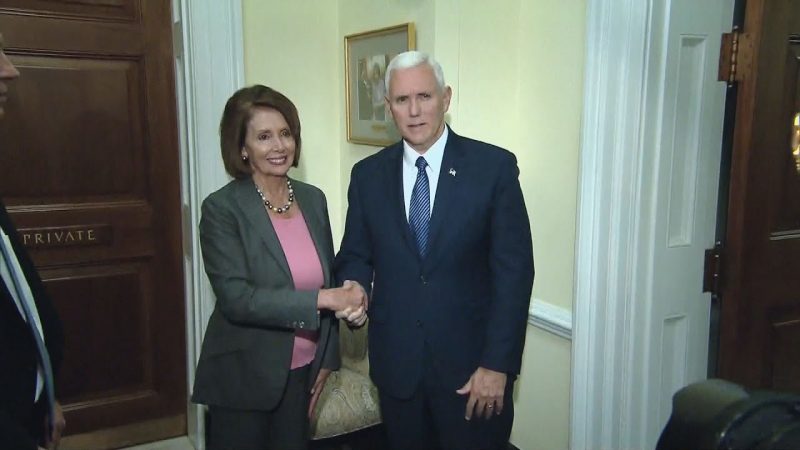 Democrats are gradually starting to let it slip little-by-little what their true motivation is behind working to impeach President Trump.

First of all, it's not enough that they make the President's job a living hell, but they've got to continue to find something to impeach him with. But then, it doesn't even stop there!

According to Washington Examiner,

Joining the network's AM Joy on Saturday, Wine-Banks was asked if Congress should look to impeach Trump first or turn their eyes to Pence instead. In response, she suggested going after Pence first and giving Trump the option to either replace him before being impeached himself — so that a Republican can remain in the White House — or decline and let Pelosi take over.

"Well, let me go around and get everyone's take on that. I'm going to start with you Jill Wine-Banks because here's the challenge. If for instance, Donald Trump, I mean you know it's hard to imagine 20 Republicans having enough courage to vote to convict to be honest. Even if they were given multiple counts where they could vote yes on some and no on others, it's very hard to imagine it, but let's say that happened. If Mike Pence were to become the Head of State, Mike Pence is as deeply involved as Donald Trump is so you really don't change anything. If Mike Pence is in place and all of the other people that were involved, all the conspirators remain in place...how does anything change if Donald Trump is no longer at the top...but  Pence is then at the top of it."

Jill Wine-Banks replied, "You could impeach Pence first," Wine-Banks stated. "The problem is that Donald Trump then has to name his replacement. But I think that maybe a deal could be struck where he was told, 'If you don’t make a replacement, then Nancy Pelosi does become president. And so, you are going to be impeached and convicted. You need to make this replacement so that the proper party remains in power.'"

This lady is such a bozo. She says that she believes that "facts ultimately matter." Those were literally her words.

If that's the case, then why are they continuing this ridiculous witch hunt? Why did Dems deny that there was a crisis at the border for so long before finally admitting that there was? Why did they continue to pursue something to nail Trump on after he was cleared in the Mueller report?

Facts mean nothing to a liberal. They don't even know what a fact is.