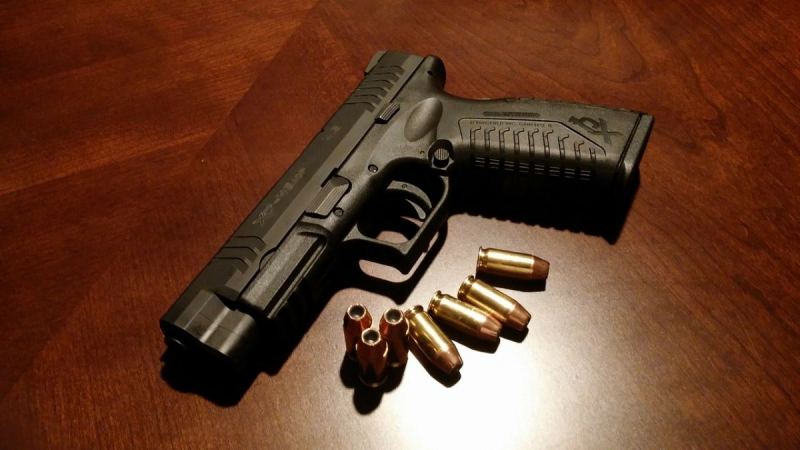 Democrats Lie About Guns Again: Here's What They Want To Ban Now

In America, we love guns, all the way from the handguns to the ar 15 bullet which can easily shatter through the reinforced glass. But recently the land of the free has come into trouble.

When it comes to guns we know one thing for sure...Democrats don't know the first thing about them.

Now they're at it again with trying to take more gun rights away from American citizens.

This time, they're making an effort to ban suppressors with a new bill and they're lying as much as they can to get it passed.

So what prompted this bill? It was one person who used one in a situation where it made absolutely no difference in the outcome of the event.

Back in May, a Virginia Beach municipal employee went on a shooting spree. One of the weapons has a suppressor on it. If he had not had a suppressor on the gun, he still would have killed the same amount of people.

Here is the full press release from Senator Bob Menendez regarding the bill:

“We were reminded how dangerous silencers can be a few weeks ago, when a gunman used a .45 caliber handgun fitted with a suppressor to kill 12 Americans in Virginia Beach.  What first sounded like a nail-gun ended up being gunfire,” said Sen. Menendez.  “The sound of gunshots is what tells you that your life is danger, and that it’s time to run, hide, take cover, call the police and help others save themselves.  At the end of the day if you can hear a weapon you might just save a life.”

“Dangerous gun silencers, like the one used in the Virginia Beach shooting earlier this month that killed 12, don’t belong in our communities,” said Sen. Feinstein.  “This legislation is a commonsense proposal that will save lives.”

“The only people who could reasonably oppose a ban on gun silencers are criminals trying to avoid detection by law enforcement or mass murderers trying to hurt as many people as possible,” Sen. Blumenthal said.  “Whether a firearm is being used in a mugging or a massacre, the sound of a gunshot is a warning that helps bystanders get to safety and allows law enforcement to track and apprehend the shooter.”

“We need to be doing everything in our power to reduce gun violence and improve the safety of our communities.  At least one survivor of the tragic shooting in Virginia Beach, where the shooter used a silencer, said that the gunfire sounded more like a nail gun.  Banning silencers won’t eliminate gun violence, but this is a reform that would help law enforcement locate active shooters and save more lives,” Sen. Kaine said.

Here's the fact of the matter. Silencers are almost NEVER used in crimes.

All this is is a stepping stone for Democrats to infringe on our rights just a little bit more so that next time, they can get a little further, then a little further until one day they've confiscated our guns and we'll never see it coming.