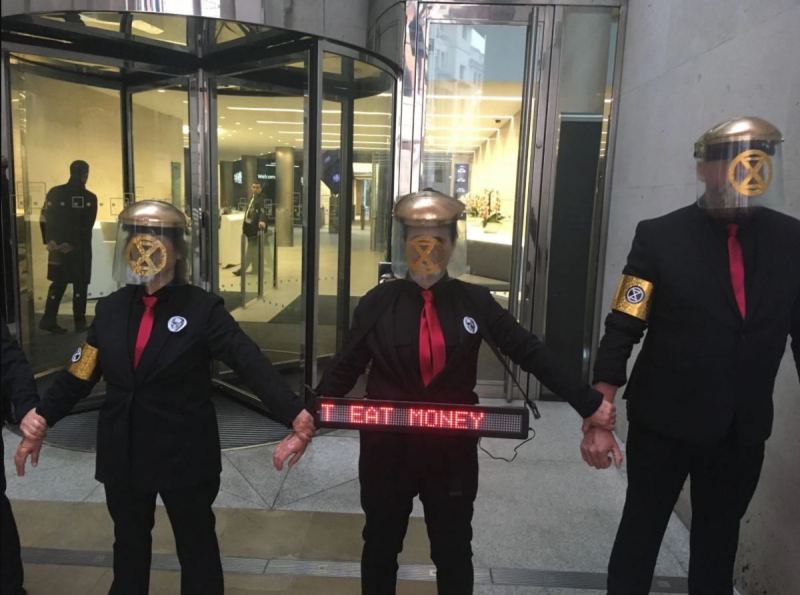 There have been crazy things happen during protests, and it seems that it just keeps getting crazier.

Some take it to very extreme measures to get people to take an issue seriously. Some people have even set themselves on fire.

This time one female protester decided it would be a good idea to glue herself to the ground to protest "global warming".

But she didn't just glue herself down by putting glue on her clothes or anything reasonable. No, she glued her breasts to the road outside of Goldman Sachs offices.

According to The Sun,

The protester who glued her breasts to the road outside the Goldman Sachs office in Fleet Street was eventually removed from the floor and led away by cops.

Just before 7am this morning two men and five women dressed in black suits, red ties and visors glued themselves in a chain to a wall and to each other at the Stock Exchange.

Protester Adam Woodall said they had targeted the building because "people are making millions, even billions of pounds out of trading ecological destruction".

Financial workers arrived at the Stock Exchange to learn they could not enter.

One said: “It’s annoying. I want to earn a living and I need to make sure that I do. I need to live on the planet too.”

When police finally showed up to the scene, they had to hold up screens to maintain modesty out on the street.

What kind of craziness is this where it seems like a good idea to glue yourself to anything at all?