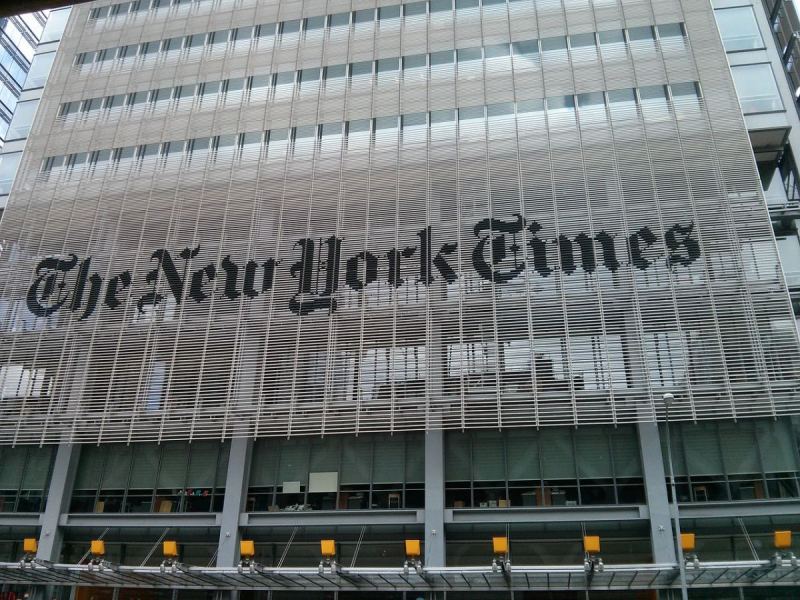 For the second time, The New York Times has had to issue an apology over an anti-Semitic cartoon which portrays President Trump and Israeli Prime Minister Benjamin Netanyahu.

The New York Times issued an apology after the cartoon was published:

“We are deeply sorry for the publication of an anti-Semitic political cartoon last Thursday in the print edition of The New York Times that circulates outside of the United States and we are committed to making sure nothing like this happens again. Such imagery is always dangerous, and at a time when anti-Semitism is on the rise worldwide, it’s all the more unacceptable.

We have investigated how this happened and learned that, because of a faulty process, a single editor working without adequate oversight downloaded the syndicated cartoon and made the decision to include it on the Opinion page. The matter remains under review, and we are evaluating our internal processes and training. We anticipate significant changes.

We apologize for the anti-Semitic cartoon we published. Here’s our statement. pic.twitter.com/nifZahutpO

Here is the cartoon,

Some reports say that the shooter of the Chabad synagogue in CA was saying that Trump is the slave of the Jews. I’m sure this cartoon in the NYT have nothing to do with it pic.twitter.com/BZ9xG6ItrZ

The new apology said that the decision to run the syndicated cartoon was made by a single editor working without adequate oversight.

The cartoon showed Trump wearing a pair of sunglasses and being led by a dog depicted as Netanyahu. The dog had a Star of David collar. The cartoon appeared in the paper’s opinion section next to a column penned by Thomas Friedman.

Vice President Mike Pence condemned the cartoon as well saying, "We stand with Israel and we condemn antisemitism in ALL its forms, including @nytimes political cartoons."

We stand with Israel and we condemn antisemitism in ALL its forms, including @nytimes political cartoons. https://t.co/tPbGqDBwza

Also, Public Security Minister Gilad Erdan of Israel said that the cartoon, "included anti-Semitic tropes", "was offensive", and was an "error of judgment".

Erdan also went on to say,

The anti-Semitic caricature published by the New York Times is shocking and reminiscent of Nazi propaganda during the Holocaust. We expect anyone who truly fights racism and hatred of Jews to demand an apology from the newspaper and fire those responsible for publishing a Nazi-style cartoon in the newspaper.”