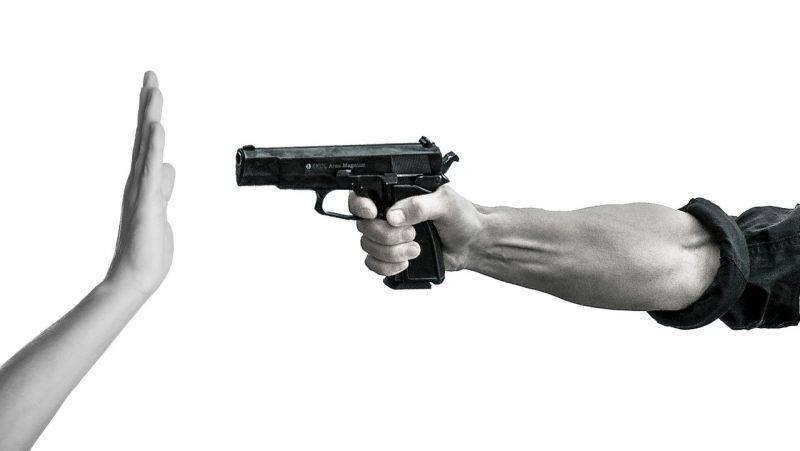 Conviced Felon Shoots Himself In Testicles While Hiding Drugs

Some criminals are dumb. Some are just plain stupid.

And then there are some who seem to be the son of dumb and stupid.

A young man accidently shot himself in his testicles while trying to hide drugs from the police.

Cameron Jeffrey Wilson, 27, was carrying a pistol in his front pocket while in his Cashmere, Wash., apartment on April 5 when the firearm accidentally discharged and pierced his groin and thigh, according to the Wenatchee World News.

Wilson, who is a 13-time convicted felon, told his girlfriend to dispose of the weapon before heading to the hospital, the paper said.

When the ex-con finally went to the hospital, a balloon of marijuana slipped out of his anus while a doctor was operating on the gunshot wound, court records show.

Cops also arrived at the hospital when alerted of the gunshot wound and searched Wilson’s car where they discovered a bag of meth in the blood-stained jeans he was wearing when he shot himself.

The officers issued an arrest warrant for Wilson and he turned himself in to police on April 18.

Seriously though, who would have thought that this guy wasn't the brightest, smartest, or safest person in the world? He's only been convicted of 13 felonies.

There's something seriously broken in our justice system that has enabled someone such as this guy to be walking the streets.

As doctors and nurses performed surgery at Central Washington Hospital, a balloon containing marijuana slipped out of his anus, the affidavit said.

Chelan County sheriff’s detectives were notified that Wilson had suffered a gunshot wound and then responded to the hospital. They searched the car and found a bag of methamphetamine inside a pair of blood-stained jeans he’d taken off before entering the hospital.

Given the idiocy of our government, it wouldn't surprise me one little bit if the next thing that happens is that Cameron Wilson sues the city of Cashmere.

He may sue the state even for him getting himself shot in his own genitals.

The next lawsuit would be such a case that he files claiming that after 13 convictions he should have never been released... and end up with a 20 million dollar judgment in his favor.

Who knows really? Let's just all hope this never happens.