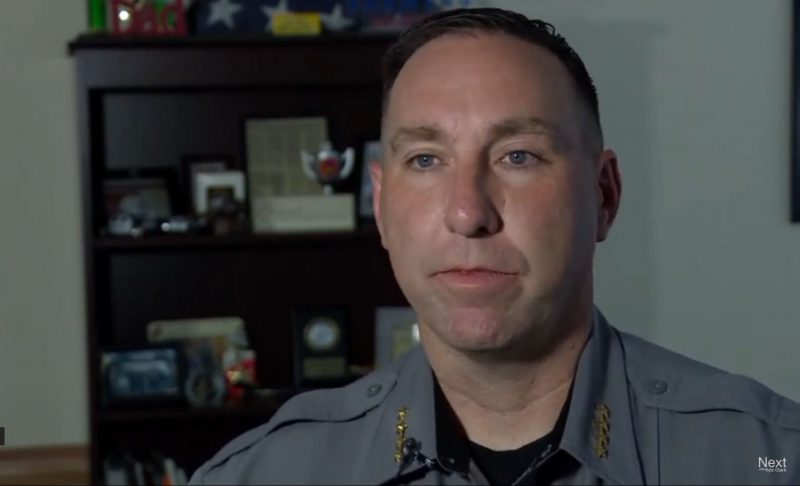 One sheriff is taking a firm stand against big government and for the Constitution.

Sheriff Steven Reams from Weld County Colorado says that he would rather go to jail than to enforce a new gun control bill which is expected to become law very soon.

The law would be a violation of the 2nd Amendment of the Constitution.

Weld County Sheriff Steven Reams said it would go too far. "It has so many constitutional questions I can't go forward in good faith and carry out a law that I feel puts constituents' constitutional rights at risk."

Reams, a Republican, is not alone. Half of Colorado's 64 counties have declared themselves Second Amendment sanctuaries where the measure would not be enforced.

"They could sentence me to my own jail," Reams said, "fine me, or hold a contempt hearing to further this argument along, and honestly I think any of those possibilities are out there."

Colorado's "extreme risk protection order" bill would allow a family member, a roommate, or law enforcement to petition a judge to take someone's firearms if they are deemed to be a danger to themselves or others.

The push for legislation followed the death of Zack Parrish, the 29-year-old Douglas County sheriff's deputy killed in 2017 by a man with an arsenal of weapons who authorities said had a history of bizarre behavior, including threats to police.

David Kopel, a constitutional law expert who has written extensively about gun policy in the United States, says he thinks the bill is generally a good idea but that he has serious reservations about how it is written -- in part because of outside influence.

"The gun ban lobbies are getting more and more extreme and aggressive," he said.

The bill allows a judge to order a person's guns to be seized before the person has a chance to appear in court. The bill does require a second hearing with the gun owner present to be held within 14 days, where the owner could make a case to keep the weapons -- but if the owner is unsuccessful, a judge could order the guns seized for as long as a year.

Kopel said it would be difficult to prevent a nightmare scenario in which someone misuses the law to take guns away from a person they intend to target violently.

It's men like Sheriff Reams that make American great and we need so many more people like him who are willing to stand for the foundations of our country rather than to give in to big government that wants to suppress our freedoms and make us all more reliant on Uncle Sam.