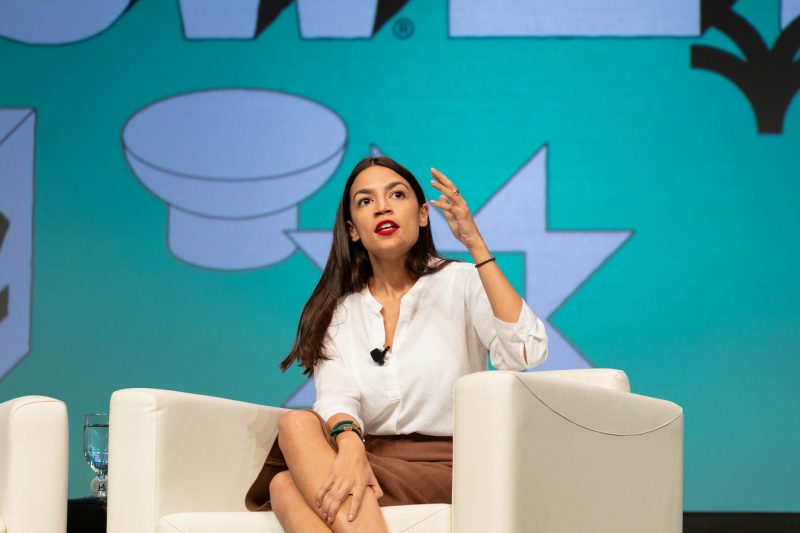 Ocasio-Cortez Makes Major Gaffe About The Constitution and FDR

We all know that Alexandria Ocasio-Cortez isn't the brightest knife in the barn by any stretch of the imagination, which is one reason she hasn't been able to learn from history that Socialism fails EVERY SINGLE TIME!

But this time, there is something else about history that Ocasio-Cortez messed up on in a big way.

Ocasio-Cortez actually thinks that the U.S. changed the Constitution to prevent FDR from being re-elected to the White House a fifth time.

The Bronx-Queens Democrat flunked 20th century world events last week when she claimed during a town-hall meeting that the Constitution was changed to keep President Franklin D. Roosevelt from being re-elected. In fact, he died two years before the amendment to which she was referring was passed and six years before it was ratified by the requisite number of states.

“They had to amend the Constitution of the United States to make sure Roosevelt did not get re-elected,” she said during a MSNBC event Friday night, as she touted the positive effects of Roosevelt’s New Deal.

But the 22nd Amendment, which limits presidents to two terms, was passed by a Republican-controlled Congress in March 1947 and ratified in February 1951. Roosevelt died on April 12, 1945, shortly after beginning his fourth term. He ran for an unprecedented third term in 1940 while World War II was raging in Europe.

Thus, while the amendment was a response to FDR holding the office for more than the traditional two terms, it could not have been intended to prevent his re-election.

According to AOC, Congress amended the Constitution to prevent FDR from being re-elected:

"They had to amend the Constitution of the United States to make sure Roosevelt dd not get reelected."

Alexandria...no, we did not change to Constitution to keep FDR from winning another election. He was already dead and gone long before this was ever even ratified.

I guess if we can say one thing about AOC, it's that at least we have some amusement once in a while, right?