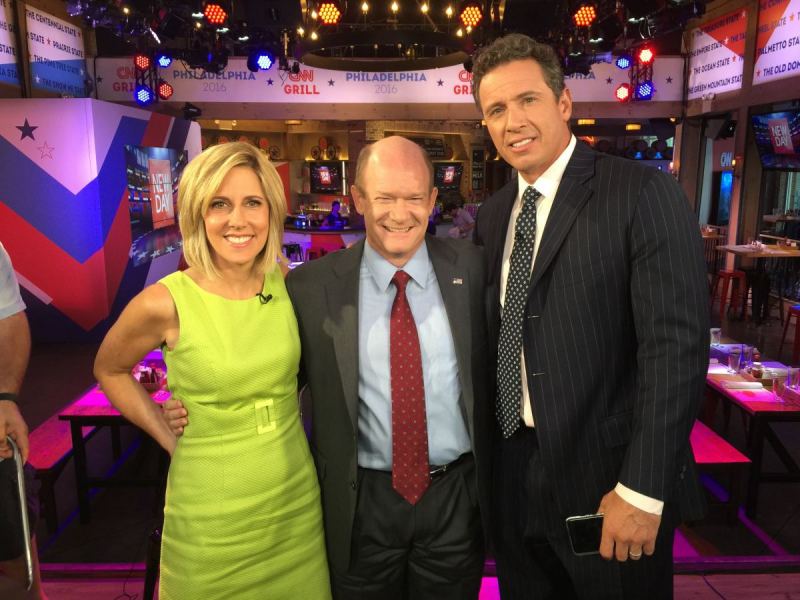 CNN Wonders: "Will Trump's July 4th Celebration Be A Call For Violence?"

The least trusted name in news, CNN, is literally wondering if a Fourth of July speech that President Trump is set to give will call for violence.

I sware that they have to just make this stuff up on the spot.

When has he EVER called for violence during a speech?

CNN's Alisyn Camerota expressed her worries with Josh Dawsey of the Washington Post.

Camerota said, "The president very much wants to give this speech, it sounds like, from the Lincoln Memorial. And you write, "The President's starring role has the potential to turn what has long been a non-partisan celebration of the nation's founding into another version of a Trump campaign rally." And I'm just wondering, Josh -- I mean, what kind of speech would he give? Would he give a presidential speech or would he give one of these sort of 'foaming at the mouth' speech that we sometimes see at the rallies where they clamor -- you know, we hear -- we heard it just last week where people in the crowd clamor for violence."

See the video below:

They are all bothered by the thought that Trump might say something political on this special day, but they didn't have the same concern when Barack Obama did it.

The concern of keeping a deeply American day from being politicized is a legitimate one. But it’s not something that reporters worried about under Barack Obama. The Super Bowl is an unofficial celebration in America, yet journalists did not object when the Democratic President took over Super Sunday, insisting on an interview prior to eight separate Super Bowls. (George W. Bush did one pre-Super Bowl interview prior to the 2004 game.)

Instead, journalists tossed softballs to Obama. In 2016, CBS sent Gayle King, an Obama donor and friend, to talk to him.

If I had to venture a guess, I bet that the liberals are going to be the ones acting out of line on Independence Day this year.