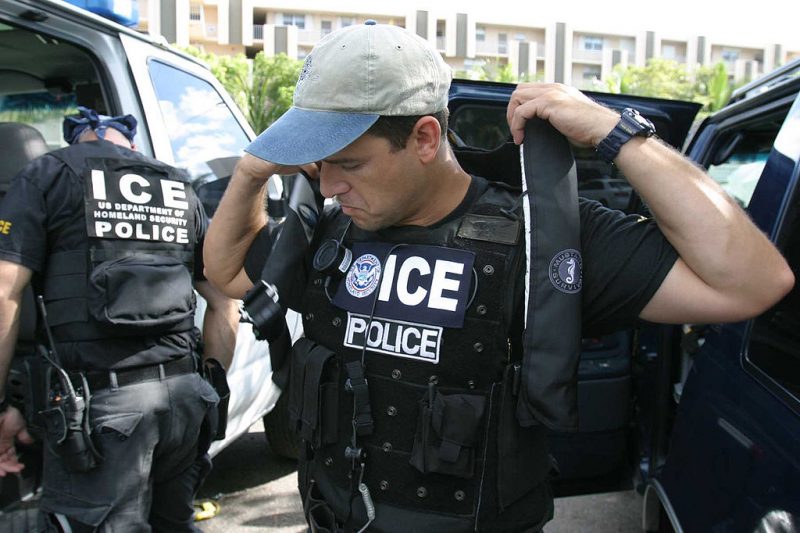 California Refused 5,000+ Requests To Turn Over Criminals To Feds

California is known as a sanctuary state, meaning that they provide a safe haven for criminals who break immigration law in our country.

Over the past two years, California has refused 5,600 requests to turn over criminal illegal aliens by federal immigration officials.

In an exclusive interview with SiriusXM Patriot’s Breitbart News Tonight, Immigration Reform Law Institute (IRLI) Executive Director Dale Wilcox revealed that within a 27-month period, the state of California had failed to honor about 5,600 Immigration and Customs Enforcement (ICE) detainers which are the holds ICE agents file to local jails and police to request that an illegal alien be turned over to them for arrest and deportation.

Of these 5,600 failed ICE detainers, more than 3,400 were lodged against an illegal alien who had been classified “level 1” and “level 2” offenders — meaning that these illegal aliens had been charged with crimes like homicide, kidnapping, sexual assault, robbery, aggravated assault, drugs, and fraud.

“The bottom line is, sanctuary cities are neither humane or compassionate,” Wilcox told Breitbart News Tonight. “They’re dangerous policies that cost Americans lives … what will it take for these anti-borders politicians to wake up and put the safety and security of their citizens, their legal residents before the interests of criminal aliens.”

About 250 of the ICE detainers not honored had been filed to Napa County and Sonoma County law enforcement officials. These two California counties had sanctuary city policies before the state’s statewide sanctuary policy.

The 5,600 failed requests by ICE to have criminal illegal aliens turned over to them came before California enacted their statewide sanctuary policy, where all local jails and counties are prohibited from cooperating with federal immigration officials.

Failing to comply with the federal government in getting rid of these criminals is not a good thing, obviously. Mainly because they're dishonoring their responsibilities to protect citizens in the other 49 states in this country.

These illegal immigrants do not always just stay in California. They travel all across the United States.

The ICE detention requests, filed with local jails and police, cover the 27 months leading up to the implementation of the California Values Act in January 2018, which turned the entire state – reportedly home to 2.3 million illegal immigrants – into a “sanctuary state,” limiting local law enforcement’s ability to share information about individuals unless they are convicted of one of a list of 800 crimes. More than 35 California cities had previously been declared “sanctuary cities.”

“It is logical to conclude that refusals of ICE detainer requests and the release of aliens previously convicted of crimes or have pending criminal charges from police custody will only rise now that sanctuary policies are state law in California,” the IRLI press release claims, adding that “there is growing evidence that violent crime by illegal aliens is prevalent in jurisdictions with sanctuary policies.”

So it seems that California is perfectly okay with harboring criminals, but protecting Americans from these criminals is a terrible thing to do? This is Liberal Logic at its finest, folks.