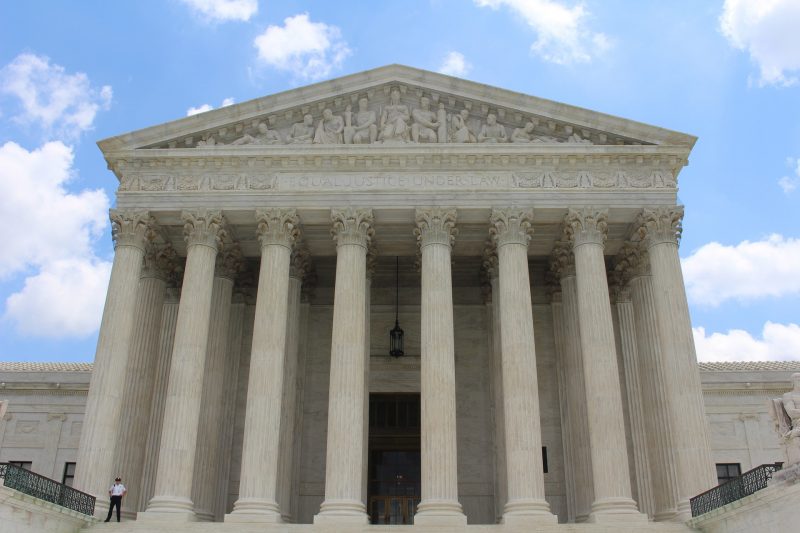 For years now, Democrats have been trying to get their hands on President Trump's financial records and his tax returns.

On Monday, the Supreme Court handed the President a win by blocking the Democrats in the House of Representatives from gaining access to his financial records. This is only a temporary block and now Trump's lawyers must submit a petition as to why the Supreme Court should take this case.

“The court’s action signals that, even as Congress considers impeaching Trump, the court will undertake a more complete consideration of the legal powers of Congress and state prosecutors to investigate the president while he is in office. The court instructed Trump’s lawyers to file a petition by Dec. 5 stating why it should accept the case for full briefing and oral argument. If the petition is eventually denied, the lower court ruling will go into effect. If accepted, the case likely will be heard this term, with a decision before the court adjourns at the end of June.”

One of President Trump's lawyers, William Consovoy, said in a court filing,

“The Court should grant the stay. This is a significant separation-of-powers clash between the President and Congress. The dissenting judges made a compelling case why review is warranted and the decision below is unlikely to survive further review. And the Committee now says it will suffer no irreparable harm so long as the Court hears this case ‘on an expedited basis this Term, if it does grant certiorari,’ id. at 2, while Applicants will obviously suffer irreparable harm if a stay is denied. There is simply no basis to deny interim relief and thus end this case before Applicants have the opportunity to file a certiorari petition. To that end, Applicants are prepared to proceed on any schedule that the Court deems appropriate should the stay pending certiorari be granted.”

I don't even think it matters a ton to President Trump. Of course, information like that should be able to stay private, but I don't think he really cares about his financial records going public other than being able to continue trolling the Democrats.