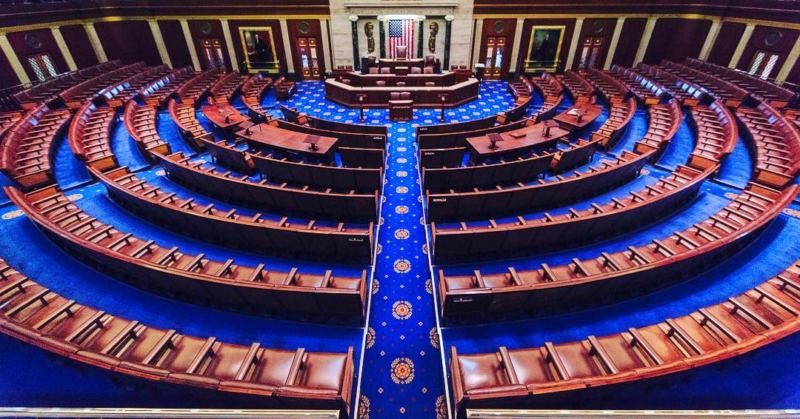 BREAKING: House Representative LEAVES the Democratic Party to Join Republicans...Impeachment Pushed Him Over the Edge

Representative Jeff Van Drew has been one who has opposed the impeachment efforts from the other Democrats. He's probably not alone and hopefully, the actions he took this weekend will embolden others to make the same heroic move that he did.

Rep. Van Drew met with President Trump over the weekend for a very important discussion. After speaking with him, he announced that he would be switching parties from Democrat to Republican.

New Jersey Democratic Congressman Jeff Van Drew, who has strongly opposed the Democrats’ impeachment efforts, is leaving the Democratic Party and becoming a member of the Republican Party after meeting with President Donald Trump.

“Van Drew’s congressional and campaign staff were informed he was planning to switch parties on Saturday, according to Democratic sources,” Politico reported. “The question was now when, not if, Van Drew was joining the Republican Party, according to several Democrats with knowledge of the ongoing conversations.”

Van Drew reportedly met “at length” with Trump on Friday and his decision to switch parties is supposed to be officially announced in the near future, a top GOP source told Politico.

“My job isn’t really to like or dislike him. My job is to exact as much goodwill and help for my district and for this nation and for this world that I possibly can while he’s president.

To some folks, that’s reminiscent of what was done to kings and queens many years ago. Everything our country doesn’t stand for.

Bryan Dean Wright tweeted accurately when he said, "Turns out people get tired of defending a party that’s spent the past three years embracing Socialists, anti-Semites, and hysteria." It turns out that he was right.

Turns out people get tired of defending a party that’s spent the past three years embracing Socialists, anti-Semites, and hysteria. https://t.co/8Wnr0Vw1EH