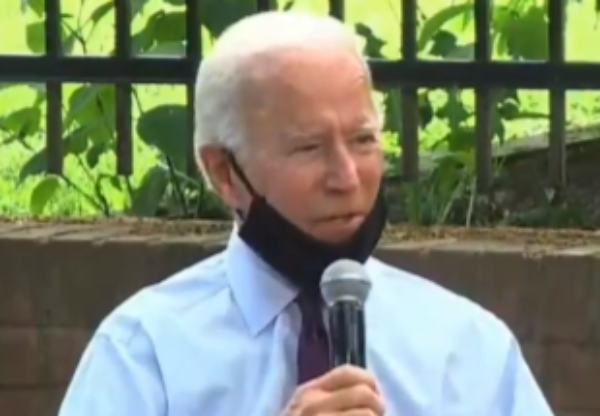 You read that correctly. The Biden appealed to the Department of Justice to have mask mandates come back though the courts already deemed them unconstitutional.

After the judge’s ruling, the DOJ said it would appeal the judge’s ruling if the CDC deemed it necessary. The DOJ has told the federal appeals court that the CDC order, issued in January 2021, was "within" the agency’s legal authority, Fox News reported.

The ruling from U.S. District Court Judge Kathryn Kimball Mizelle came in a case brought in Florida federal court by Health Freedom Defense Fund, Inc. and frequent air travelers Ana Daza and Sarah Pope against the administration. Judge Mizelle determined that the mandate violated the Administrative Procedure Act by being outside the scope of the CDC's authority, was "arbitrary" and "capricious," and for not going through the required notice and comment period for federal rulemaking.

"None of the district court's quarrels with the CDC order comes close to showing that the CDC has acted outside the 'zone of reasonableness,'" the Justice Department wrote, adding that the CDC findings in early 2021 provided "ample support for the agency's determination that there was good cause to make the order effective without delay."

The Federal Aviation Administration said this month the rate of unruly air passenger incidents fell to its lowest level since late 2020 soon after the judge's mask mandate ruling, which also lifted requirements for masks in taxis or ride-share vehicles.

My suspicion is that passengers had nothing to be 'unruly' about.

According to Reuters, masking up is still a requirement with a number of airlines: Air France, Japan Airlines, Lufthansa, Pakistan International Airlines, South African Airways and Malaysian, to name a few.

"You must wear your mask at all times throughout the flight, except when eating or drinking," is Egyptair's position.

LATAM airline, based in Santiago, Chile, has a lengthy mask dissertation: "No passenger may board the aircraft without a mask, or without its proper use. The only exception is for children under 2 years of age and between 2 and 11 years old, for whom there is flexibility in the use of the mask. In case of refusal to use it before or during the flight, you will be reported as an unruly passenger to the respective authorities.