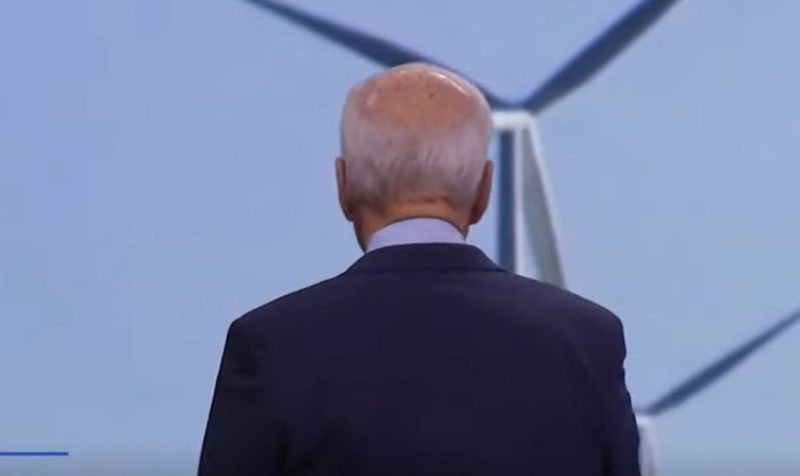 Biden Has Another Senile Moment On Stage, Talks With Back Facing the Cameras

Joe Biden is having his moments on a regular schedule nowadays. It seems like he can't make it through one week without saying or doing something stupid.

This time during the Iowa Democratic Party Liberty and Justice Event, a senile Joe Biden can be seen walking around the stage with his back facing the cameras while the event was being broadcasted live.

Many said the clip was misleading, however, pointing out Biden was “walking around looking at the whole crowd”. “Seriously no on this,” one person wrote. “The stage was in the centre of the arena. There are people all around him and that screen is behind them. Let’s not go down the fake news road.”

Another said, “This is a garbage tweet. There were 12,000 people above, below, behind, and all around every candidate. This video is the VP engaging with Iowa voters. It’s factually wrong.”

Despite remaining the frontrunner for the Democratic nomination for next year’s presidential election, Mr Biden’s constant mistakes, gaffes and speaking fumbles have opened him up for increasing criticism.

He frequently mixes up cities and even countries – on Saturday he referred to being in Ohio rather than Iowa – and he often interrupts himself while speaking, takes long tangents to finish sentences or simply trails off altogether.

You can watch it and judge for yourself. But keep in mind, this isn't the first time Biden has had a gaffe.

He's so out of touch, he talks about having the record player on at night for kids and telling viewers during another debate to "Go to Joe 30330" as though it were a website to be visited.

HILARIOUS...
Joe Biden speaking in an arena in Iowa gets confused where the camera is and keeps talking to a screen. CSPAN keeps cutting away to try and help him out...hahahahahahaha @realDonaldTrump @DonaldJTrumpJr pic.twitter.com/nF9pFV0TE1