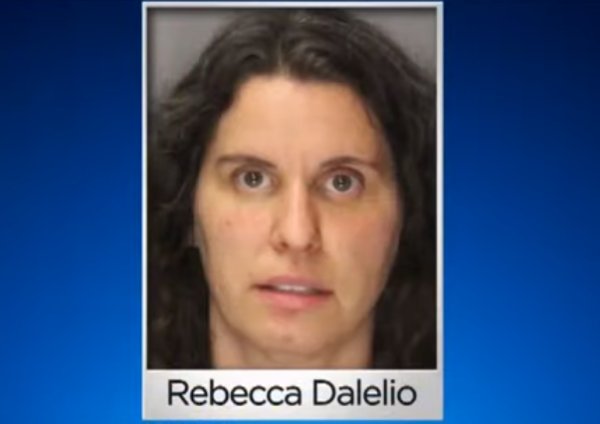 Antivaxer Charged For Doing The Nastiest Thing To California Lawmakers

California lawmakers have not been managing the state very well. It has lead to the homeless epidemic, rat infestation, and made the wildfires worse than normal. But it looks like they did at least one thing right when they forced anti-vaxers to vaccinate their children. But not everyone was on board with it, an anti-vaxer, Rebecca Dalelio, protested in the vilest way as she threw her menstrual blood at a group of California Lawmakers from a visitor's balcony.

The charges stem from a September incident in which Dalelio allegedly threw blood contained in a feminine hygiene device off the balcony of the Senate chamber’s visitors gallery and onto senators sitting below. The incident occurred on the final day of the 2019 legislative session and was suspected to be in protest of legislation signed by Gov. Gavin Newsom that week that limited exemptions for childhood vaccinations.

The complaint lists 10 senators whom Dalelio is accused of assaulting.

The fluid hit multiple people and splashed onto desks and the carpet, forcing the chamber to be cleared. As the contents of the cup were thrown, a voice in the crowd was heard saying the action was “for the dead babies.”

Some lawmakers left to shower and at least one legislator was treated for blood exposure the next day."

"In September, California Gov. Gavin Newsom, a Democrat, signed a bill that all but eliminated exemptions to the state’s laws regarding mandatory vaccinations for children. The Daily Wire at the time reported that some “California residents, however, who say that the bill represents a shocking governmental overreach that threatens their personal autonomy, are pushing to have the law included on the November ballot.

The bills that Newsom signed last year (there was a package) where designed to keep doctors from giving parents fraudulent medical excuses for children’s vaccinations. California’s childhood vaccination rate has been falling in recent years, which has led to multiple outbreaks of completely preventable diseases, such as the measles. The drop in the vaccination rate is occurring largely within the white, upper-middle-class areas of the state."

These anti-vaxers just don't understand the danger they are putting their children in.