During Trump's presidency, The American Civil Liberties Union was constantly attacking Trump. They were upset about the travel bans and were over the top when it came to our southern border. But Biden has our detention centers well over capacity, to the point that migrant children had to sleep in shifts to give each other enough room to lay down, but I guess the ACLU no longer cares since Biden is in Office now.

"Despite filing hundreds of lawsuits against the Trump administration over its border policies, the American Civil Liberties Union (ACLU) has yet to file a single lawsuit against President Biden in his first 100 days amid the growing humanitarian crisis at the southern border.

In his speech, Biden did not outline any immediate steps his administration would take in order to mitigate the rapidly growing humanitarian crisis due to the influx of immigrants at the border.

In the past, the ACLU would immediately step in, usually by filing a lawsuit, to hold an administration accountable for any potential or perceived civil rights abuses.

The group filed over 400 lawsuits against the Trump administration during his single term in office, many of them related to immigration issues such as the controversial family separation policy and the decision to halt the number of migrants coming into the U.S. from some Muslim countries."

Democratic Sen. Kelly also came down on Biden over avoiding the crisis at the border.

"...what I didn’t hear tonight was a plan to address the immediate crisis at the border, and I will continue holding this administration accountable to deliver the resources and staffing necessary for a humane, orderly process as we work to improve border security, support local economies, and fix our immigration system," Kelly stated."

The double standard here is amazing. But it seems to be pretty obvious as it seems all Dems are acting the same way. AOC and her squad seem to have forgotten that the kids in cages even exist now. In fact when AOC was asked about the border crisis she gave Biden excuses. The ACLU will likely be doing the same thing once they are confronted about their biased behavior. 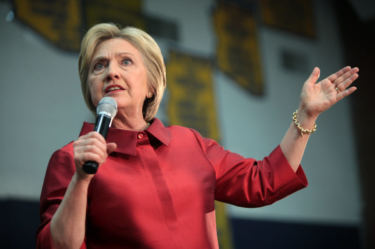 Looks Like AT&T Thinks CNN Is Worthless Without Trump