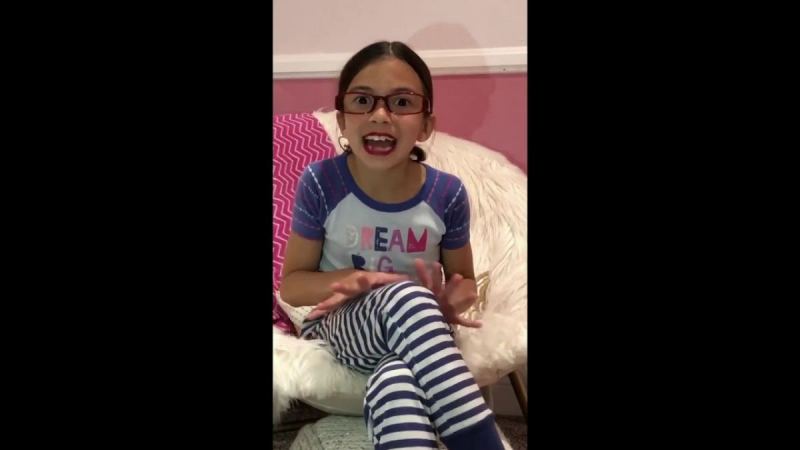 The hilariously funny (and accurate) 8-year-old Alexandria Ocasio-Cortez impersonator is back for another video.

This time she takes aim at Ocasio-Cortez's Green New Deal.

The eight-year-old impersonator of Rep. Alexandria Ocasio-Cortez, D-NY, is back with a new video.

"Like, hello America, AOC here again, but this time from Washington, D.C., which is named after our country's first president, George Washington D.C. Like, did you know that?" impersonator Ava Martinez began.

"I came up with my plan after we were watching, like, the most important documentary on climate change. It’s called 'Ice Age 2: The Meltdown,'" the mini AOC told her fans. "That’s not me saying it, that’s science! My Green New Deal will cost, like, 93 trillion dollars. Do you know how much that is? Me neither. Because it’s totally worth it. If sea levels keep rising, we won’t be able to drive to Hawaii anymore!"

If you haven't seen her other videos, be sure to watch them next. They're definitely worth your time.

"Like, at this rate the world is going to end in exactly 12 years, and, like, I'm only 29-years-old now so the world will be over when I'm only 37-years-old," Martinez said in an obvious shot at Ocasio-Cortez's inability to do math.

"Like, I also want to talk about socialism because socialism is so amazing," Martinez continued. "Like, socialism is actually short for social media, did you know that? Like, I do social media so I'm a socialist and, like, three of the most successful countries in the world are socialist too — Venezuela, Facebook, and Twitter are all very successful socialist countries. I have a lot of friends that moved to America from Facebook."