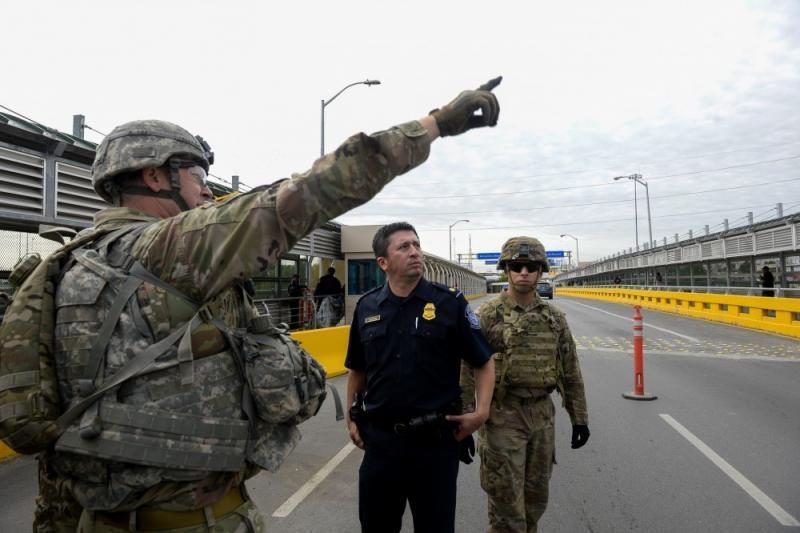 The number doesn't even seem real, but I assure you it is.

At about 2:45 a.m. on March 19, 2019, agents encountered the first group consisting of 194 migrants. The group was encountered by agents at the border wall just west of Bowie High School.

And liberals say that there is no crisis at the border?

Two convicted sex offenders were among those detained. The men had attempted to enter the U.S. with larger groups of immigrants that agents were processing.

"Both sex offenders were arrested in different groups attempting to enter the United States illegally evading Border Patrol agents. Both subjects had been convicted of their sex offenses and had served time in jail before being deported from the United States," CBP said in a news release Thursday.

An unaccompanied 2-year-old was also found among one of the large groups, according to CBP.

Also, a press release from the U.S. Customs and Border Protection stated, “Agents apprehended a group of 112 illegal aliens at the border wall near downtown just after midnight, [and] at about the same time, agents working further east were processing a group of 252 aliens apprehended at the border just west of Bowie High School. Throughout the morning hours, several smaller groups also arrived at multiple locations along the border in the El Paso metropolitan area, [and] in just a few hours, the total number taken into custody exceeded 500.”

It's a good thing we've finally got some progress going on at the border and that the wall is getting build...am I right?