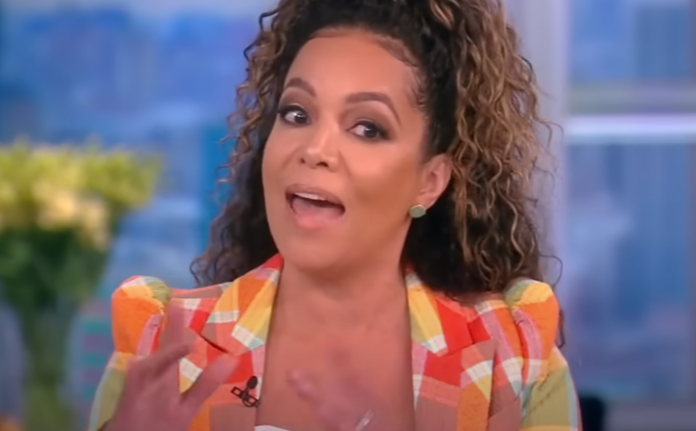 Watch: The View Gets Desperate And Humiliates Themselves

This little segment all began with 'The View' crowd yabbering about Pennsylvania Senate candidate Republican Kathy Barnette who is running against Trump-backed candidate Dr. Oz. The gals were discussing the conspiracy that Barnette was somehow in on the protest at the Capitol on January 6th and that Barnette marched with 'The Proud Boy', an organization that was labeled an extremist group by the White House.

Barette denies marching with anyone and maintains that she showed up to the rally to support her president, Donald Trump but that didn't mean anything to the folks on 'The View'. As Sunny Hostin put it, they see everyone on the right as racist extremists.

Hostin tries to pretend that the left is 'moving more center' while the right is more 'fringe'. That's kind of funny to me considering their push for extreme views like socialism, CRT, and the trans movement. Where does she center there?

“The Republican Party is really the party of insurrectionists, it’s the party of white supremacy, and it’s also an extremist party,” Hostin said. “If you look at the state, there’s a new report that shows just how extensively the far-right groups and the Republican Party have intertwined. More than 1 in 5 Republican state legislators in the U.S. are affiliated with far-right groups and that works out to about 22% of all Republican state legislators. This is what the party is today and the rhetoric that she’s spewing out is apparently very attractive to the base.”

Co-host Joy Behar chimed in claiming that the majority of the country is center-right but leans left on key issues like hun-control and abortion. She slammed those make-believe left-leaning conservatives for not showing up to vote.

“If those people vote, we can get rid of these horrible people,” Behar said.

Co-host Sara Haines said Republicans have no moderate candidates, but conservative voters do not have the option to elect a candidate that aligns with their views. Haines then noted that is in second place in the Pennsylvania primary race, despite her reportedly saying Islam is a “worldview” and homosexuality is “breeding pedophiles.”

“Because they are playing to the base,” Hostin added. “If you look at all the studies, the Republican Party has moved further to the right than Democrats have to the left. There’s a Pew Research Center analysis that finds that on average, Democrats and Republicans are farther apart ideologically today than at any time in the past 50 years and that ideological divide breaks down to the Republican Party being an extremist party. And the Democratic Party actually, as you mentioned Sara, is moving more to the center.”

Behar said a candidate cannot win the primary race without saying “crazy stuff” but then “change their tune” in the general election.

The irony here to me is that 'The View' is exactly like the left-wing media. Pushing and dividing people into single categories while complaining that the country is divided. What do you think? Let me know in the comments below.